The company specializes in products that leverage their proprietary technology which delivers drugs via a thin, fast dissolving film placed under the tongue. The company currently markets two drugs delivered via this technology: one used to combat nausea induced by chemotherapy and radiotherapy, another used to treat opioid dependence.

The new application, dubbed Epinephrine Sublingual Soluble Film (SSF), leverages the same delivery technology for use as an emergency treatment for severe allergic reactions, including anaphylaxis.

Keith Kendall, Chief Executive Officer of MonoSol Rx said, “Anaphylaxis is a serious issue that impacts a broad range of people.  We believe this disease state could benefit from a new, safe and easily usable treatment.  This proof-of-concept study is the first step in moving Epinephrine Sublingual Soluble Film to the market and providing patients with an attractive treatment option.” 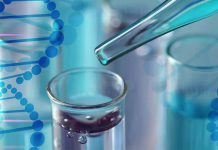