An NBA Star and the Allergic Reaction That Almost Killed Him 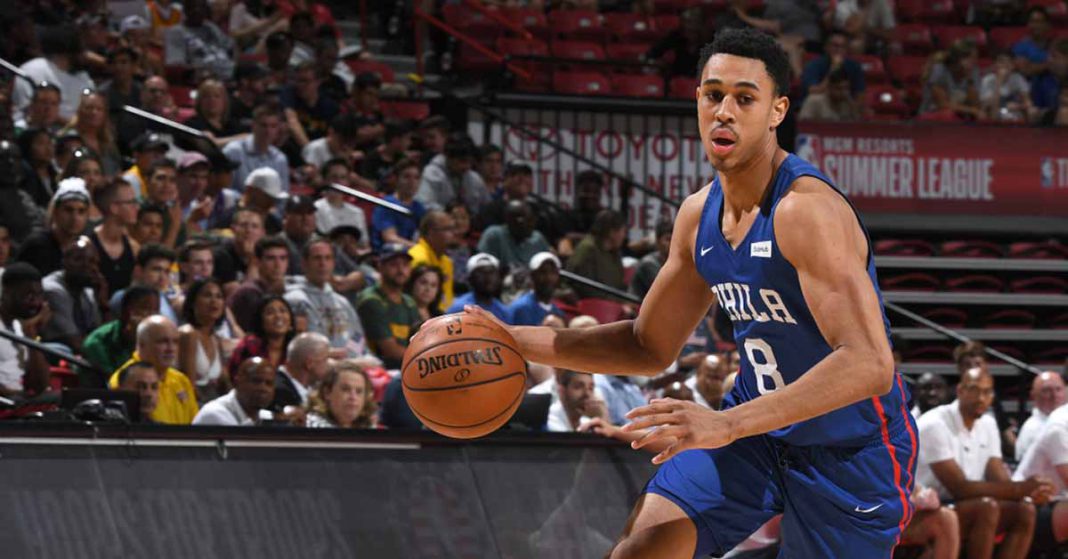 Today, 19 year-old rookie Zhaire Smith — first-round draft pick playing with the Philadelphia 76ers — closes the NBA regular season having broken into the starting rotation. But it could have turned out differently after an anaphylactic reaction almost claimed him seven months ago.

The story starts in preschool, when a schoolmate rubbed peanut butter on Zhaire, causing his eyes to swell shut and his body to break out in hives. Tests revealed allergy to peanuts and basically all nuts.

Despite his allergies, Zhaire grew into a talented athlete playing basketball at Lakeview Centennial High School in Garland, Texas. Eventually he committed to Texas Tech as a three-star recruit. “I didn’t have hoop dreams,” he says. “I thought I was going to go four years in college, probably make some money overseas, and take care of my family.”

During his freshman year at Texas Tech, Zhaire rocketed up the draft boards and realized he was NBA-bound during the first round of the 2018 NCAA Tournament during which his team made a surprise run to the Elite Eight. He was drafted by the Phoenix Suns at number 16 overall and subsequently traded to the 76ers.

Then in August, the world came apart. While recovering a month after suffering a broken foot, Zhaire ate some chicken at the Sixers’ team practice facility. He felt a tingling in his lips but dismissed it as a minor reaction. He drove home, brushed his teeth, took Benadryl and hopped in the shower.

He remembers hives forming all over his body and texting his parents who were away watching his sister’s volleyball game. He also remembers attempting to administer his EpiPen, which was expired and didn’t work. He was vomiting repeatedly when his parents arrived and his mother called 911. Then, he collapsed.

Zhaire doesn’t remember the ambulance ride to Cherry Hill Hospital. Paramedics administered epinephrine, but by the time they reached the hospital, he was vomiting blood, which doctors later found was due to tear in his esophagus. Then came the tubes, one to feed him and others to drain fluid from leaking into his lungs.

Zhaire was left bedridden, weak, and in constant pain. “They were calming me down, but I was throwing temper tantrums,” Zhaire says. “Everyday, I was like, ‘Am I getting out? Can I drink? Can I eat? I was so thirsty.”’

After six weeks in the hospital, Zhaire was finally released, still with a feeding tube and three other drainage tubes protruding from his body. At home, his mom made him mashed potatoes, the first semi-solid meal he had consumed in weeks. He was gaunt, having lost 40 pounds, and went on a binge to regain his strength and put weight back on, consuming chicken broth and protein shakes.

After a month, the tubes were removed and Zhaire was practicing again with the Sixers. He consumes seven protein shakes a day and is thriving on his mom’s cooking, especially her go-to dish of pasta and chicken strips.

After the psychological impact of surviving an anaphylactic reaction, he is wary of expanding his diet beyond foods he knows he is safe with. “Since the reaction, if I didn’t eat something previously, I’m not going to try it now,” Zhaire says.

Last week, Zhaire was pressed into service for his first NBA start — much earlier than he or his coach expected — after an injury to a starting player. He played 30 minutes and scored 11 points, and followed that with 17 points in Philly’s regular season finale.

Some seven months after an anaphylactic reaction left him on death’s door, Zhaire will now be suiting up for a playoff-bound team in his first NBA postseason, a story of tragedy averted. The lesson: don’t confuse minor symptoms with a minor reaction. Make sure to take 2 epinephrine auto-injectors with you everywhere, every time, and be sure to administer your epinephrine as soon as you suspect anaphylaxis.