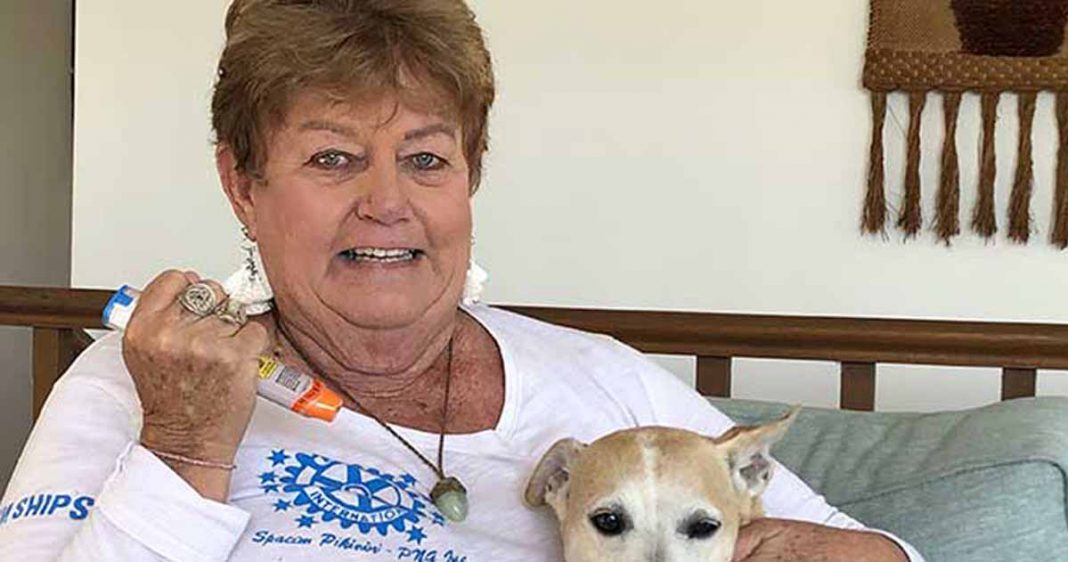 Wendy Stein OAM, a distinguished humanitarian who was previously recognized by Queen Elizabeth II with the Medal of the Order of Australia, can add another achievement to her long list: saving a radio host from anaphylaxis.

While making the rounds in support of the publication of her new book highlighting the plight of the women of Papua New Guinea, Ms Stein was a guest on the show when the host, Paddy Twohill, began displaying signs of anaphylaxis.

Here’s her recount of the incident:

I was about to go on the air and the producer said that Paddy was feeling a bit unwell and another presenter would be coming in to take over. At first I thought, I hope he doesn’t have any flu-like symptoms or anything like that, but he was just starting to struggle in his speech and we quickly worked out he was going into anaphylaxis.

He was just going to soldier on and let me do all the talking until someone could take over, but as his condition became more apparent I had to reach in my bag for my EpiPen and administer it to him.

Ms Stein then took it upon herself to drive Twohill to the Tomaree Community Hospital to ensure he received proper treatment for the life-threatening reaction.

Paddy was going to wait for his wife to come and take him to the hospital but I was having none of that. I bundled him into the car and got him in there to see the docs straight away.

It was lucky I always carry an EpiPen with me as I too suffer from reactions.

Mr Twohill is fine and believes he suffered a reaction from something he ate during his morning tea.

As Ms Stein says, it was lucky she had her epinephrine auto-injector on hand. And equally lucky for Twohill, she is a woman of action who doesn’t take “no” for an answer.