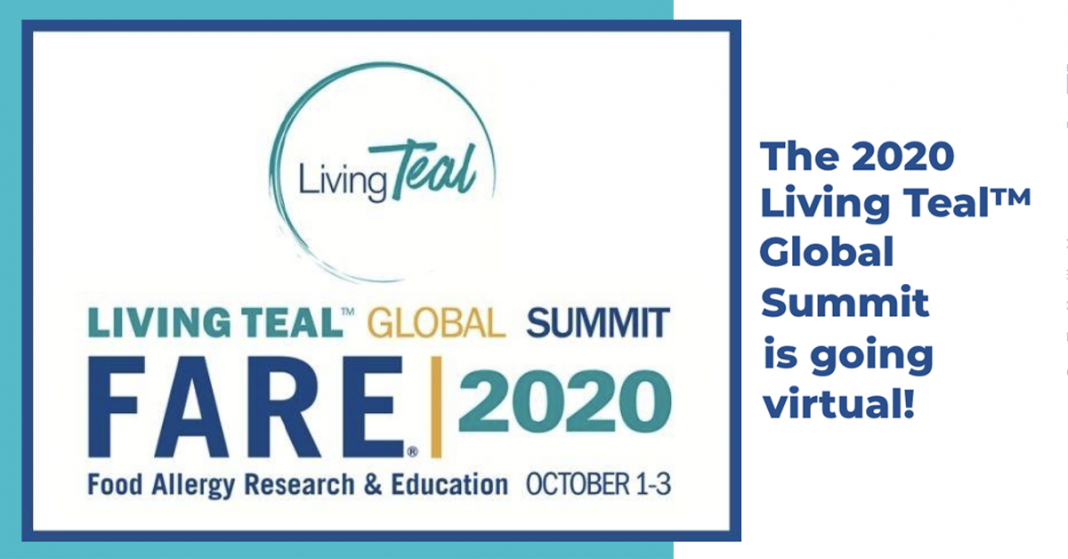 “A staggering 85 million Americans live each day affected by food allergies and food intolerances, and FARE is committed to connecting with and embracing each and every one of these individuals,” said Lisa Gable, chief executive officer of FARE. “The Living Teal™ Global Summit is completely virtual and totally free of charge to all who wish to attend. This year, our programming will be more accessible and affordable to the entire community, including and beyond those with food allergies, and it is our hope that our exciting lineup of speakers further unites and grows the food allergy community coast to coast and all over the world.”

The 2020 Living Teal™ Global Summit will use its new digital environment to be more inclusive and allow greater access to a larger audience, including with a more expansive speaker and influencer lineup. By expanding the speaker list, FARE seeks to reach new audiences and create more engaging, interesting and informative programming.

“There is no doubt that we are living in unique and unprecedented times,” said Gable. “However, it is important that we continue raising awareness and dedicating resources to food allergies. We look forward to fruitful discussions during our global summit and the fresh, encouraging perspectives from all of our speakers and participants.”

About FARE
FARE (Food Allergy Research & Education) is the world’s leading non-governmental organization engaged in food allergy advocacy and the largest private funder of food allergy research. Our mission is to improve the quality of life and the health of individuals with food allergies, and to provide them hope through the promise of new treatments. FARE is transforming the future of food allergy through innovative initiatives that will lead to increased awareness, new and improved treatments and prevention strategies, effective policies and legislation and novel approaches to managing the disease. To learn more and to register for FARE’s upcoming virtual events, including the 2020 Contains: Courage® Research Retreat and the 2020 Living Teal™ Global Summit, please visit www.foodallergy.org.