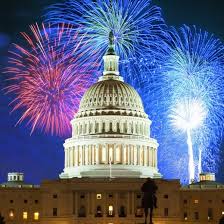 Culminating two years of effort, the School Access to Emergency Epinephrine Act was signed into law today by President Obama. The legislation, pioneered by Food Allergy Research and Education (FARE), provides incentives to the individual states to enact “stock” epinephrine laws and the requisite Good Samaritan laws designed to shield well-meaning individuals from liability in the event they administer epinephrine to someone experiencing symptoms of anaphylaxis.

Stock epinephrine refers to epinephrine auto-injectors stocked without a specific prescription for emergency use on anyone experiencing a serious allergic reaction. Many such reactions occur in school settings where a significant percentage are suffered by children that have no prior diagnosis of allergy.

About 20 states already have stock epinephrine laws in place with another 10 or so in various stages of adoption.

We at SnackSafely.com applaud the work FARE has done to craft and promote the bill and congratulate Congress and the President for the overwhelming bipartisan support in passing it into law. It’s now up to the states to do their part.