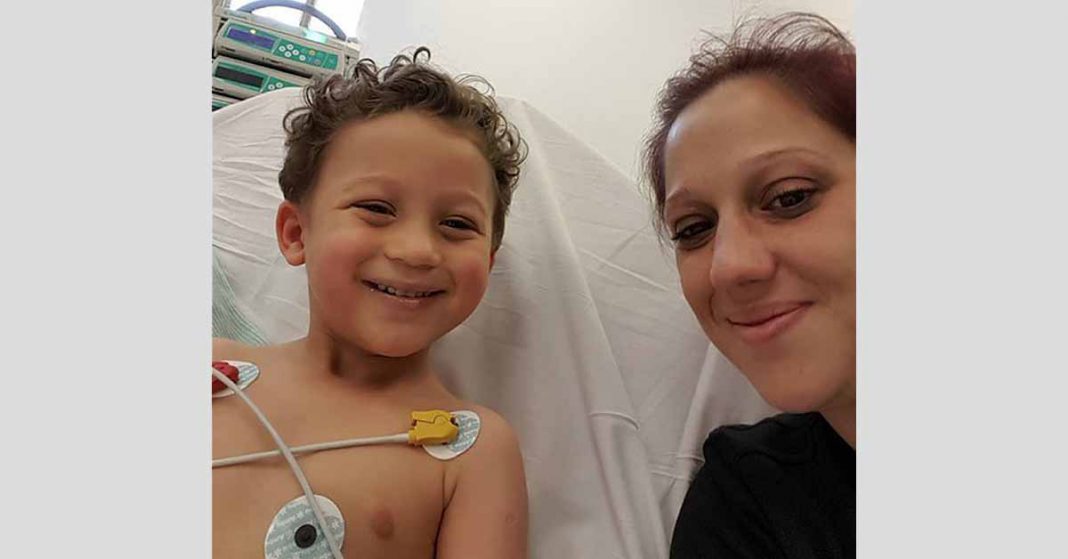 While his mom was at the movies, three year-old Omar slipped away from his dad, who was watching after his three kids, and found his mom’s secret stash of Cadbury Wispa Bites under her bed.

Soon after eating some, Omar began choking and struggling to breathe.

“It was halfway through the film when I heard my phone beep. It was a text from Curtis [Omar’s father]. He said, ‘Omar can’t breathe’. I gasped, immediately understanding he was having a reaction,” said Aisha, Omar’s mom.

She said: “I felt sick with guilt. I watched helplessly as he tended to Omar but the EpiPen didn’t seem to be working. He was rubbing his eyes and wheezing for air and sneezing.

“The EpiPen was not working, even when Curtis gave him another shot.

“Omar’s eyes started to swell up. After seven shots of adrenaline we knew we needed to get him to hospital.” At the hospital, doctors told the parents that Omar needed to be placed in a medically induced coma to protect him while he battled the reaction.

Aisha added: “I’m still in shock about Omar’s awful ordeal. I can’t believe it was our chocolate craving that nearly killed our precious baby. We are more careful than ever about what food we allow in the house. But I will never forget the guilt of watching my little boy fighting for his life.”

Aisha and Curtis had another boy in August, who also is showing signs of severe food allergies.