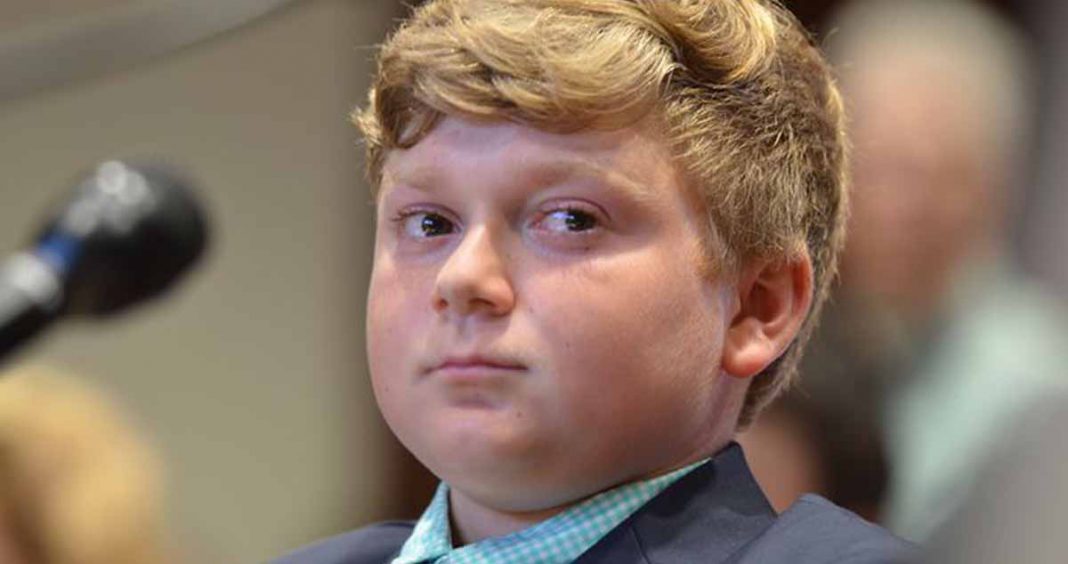 Tripp Hollister, 14, appeared before the Joint Committee on Public Health to testify in favor of pending food allergy legislation at the Massachusetts State House.

Tripp and his family were at a Cambridge restaurant awaiting the start of the 2018 Super Bowl when his parents notified the server of his peanut allergy and ordered their meals.

When Tripp took a bite of his dessert, they immediately knew something was wrong.

“He went anaphylactic, like that,” his mother, Nicole Arpiarian, told MassLive. Tripp was taken to CHA Cambridge Hospital before being transferred to Massachusetts General Hospital.

“He spent his Super Bowl Sunday alive, though in Mass. General Hospital,” she added.

Tripp shared his harrowing story with the committee as he sat beside his family and State Senator Cynthia Stone Creem.

designate a server or other individual who is knowledgeable about the relevant issues concerning food allergies as they relate to food preparation to coordinate food service and preparation for customers with identified food allergies.

“It is critical that restaurant staff are properly trained for allergies so that they know what to do when someone says, ‘I have an allergy,’” said Tripp. “It is important so nobody has the experience of feeling like they are going to die at a restaurant.”

He added: “I want to know that our server understands what a food allergy means and how serious it is. I hope to help everyone with food allergies be able to eat out and not have to worry. I hope that my experience will help the foodservice industry create better approaches to deadly food allergies.”