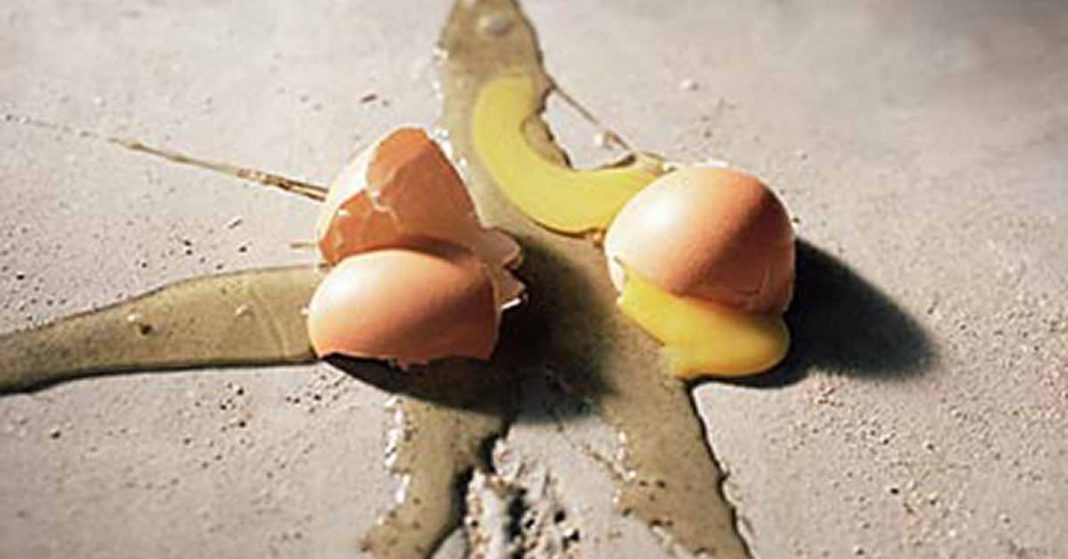 A 40-year-old teacher from Coventry, England out walking her dog with a friend was taken to the hospital after both women were pelted with eggs by two men in a passing van.

Upon contact with the eggs, the victim immediately suffered an anaphylactic reaction. Her daughter, who was nearby, rushed to the scene to administer her epinephrine auto-injector.

The woman, who did not wish to be named, told Coventry Live:

I meet my friend regularly to walk our dogs together and we were in Brownshill Green Road when we felt something hitting us and there was a van going past with two men in their 20s pelting eggs.

We weren’t too far from my partner’s house and my daughter was there so she ran all the way down to us with EpiPen.

I took my coat off and removed as much clothing as I could that had egg on it.

We walked back and we could see several eggs on both sides of the road so they had obviously tried to get other people as well.

The victim was still feeling the lingering effects of anaphylactic shock when she experienced a second (biphasic) reaction. An ambulance was subsequently called and she was taken to the hospital.

Local police are reaching out for anyone with information regarding the van or attackers to come forward.

We are happy tragedy was averted and hope the perpetrators are found and brought to justice. We congratulate the victim’s daughter for rushing to her mother’s side to deliver her life-saving epinephrine.

That said, we are left to wonder what could have happened to the victim’s daughter not been nearby. Without timely administration of epinephrine — the only drug that can halt the progression of anaphylaxis — the woman’s symptoms could have progressed to cause permanent disability or even death.

The lesson here is that there is no way of knowing when you might be exposed to your allergen of concern; it could happen any time, anywhere just by touching a contaminated surface or by contact resulting from some unforeseen circumstance. If you’ve been prescribed epinephrine, remember to take 2 epinephrine auto-injectors along everywhere, every time you leave your home.

The other important takeaway is that the patient must immediately be taken to the emergency department for observation and treatment after receiving a dose of epinephrine. A recent study from a tertiary care facility in Canada found that a secondary anaphylactic reaction (known as a biphasic reaction) occurred in 16% of cases when anaphylaxis was treated at the facility and that such a reaction can occur more than eight hours after the initial reaction.

Don’t take chances: always keep your epinephrine close at hand, administer it as soon as you suspect anaphylaxis, and go to the ER after you administer it.