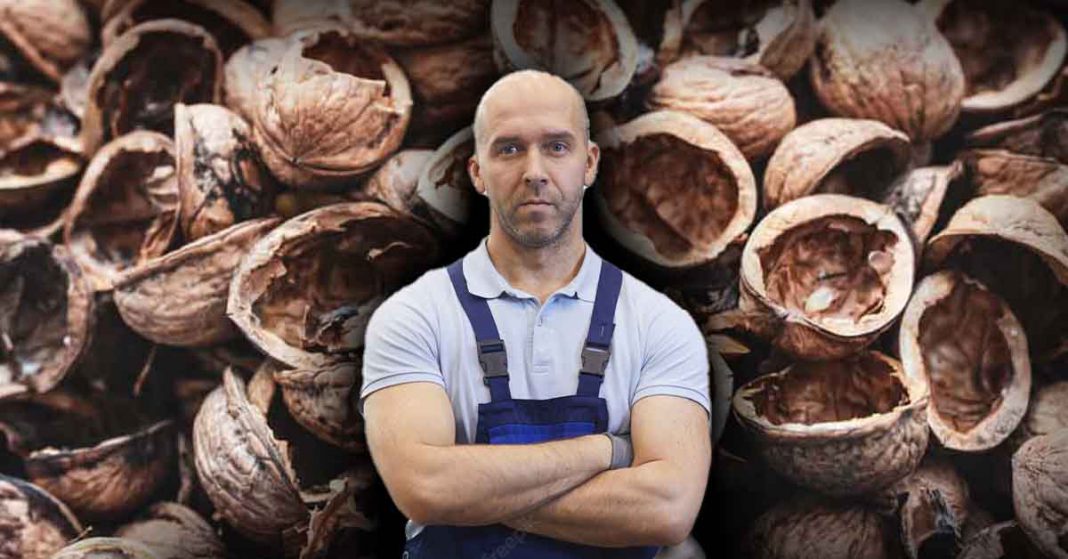 Straight to you from the Automotive Desk at SnackSafely.com comes this gem titled Beware Direct-Injection Engine Cleaning if You Have Nut Allergies from that well-known food allergy site, Road & Track.

Chris Perkins, the article’s author who has an allergy to tree nuts, relays his experience dropping off his car at a mechanic. While at the garage, he notices a technician cleaning out the intake valves of a Volkswagen Golf. The tech was using compressed air that generated a cloud of what looked like sawdust.

Later, he suffers an asthma attack on the subway for no apparent reason. He takes a few hits from his inhaler, then discusses the incident with his colleagues at work. That’s when he learns about “walnut blasting” and he figures out the trouble breathing he encountered was an allergic reaction.

The process of walnut blasting, which entails cleaning the intake manifold and valves of a car’s engine with a high-pressure air blast of finely crushed walnut shells (a biodegradable abrasive), is meant to help clear out carbon buildup on older gasoline direct injection (GDI) engines, thus helping the car run better.

Needless to say, inhaling walnut dust can be extremely dangerous for people with walnut allergies. In 2017 we reported the story of 33-year-old Justin Mathews who visited a fire station in Edmonton to test the air quality after layers of toxic lead paint had been sandblasted from the walls.

Twenty minutes later he experienced trouble breathing, found his way outside and collapsed, suffering from anaphylaxis, a life-threatening reaction to an allergen. Despite first responders administering CPR and him being rushed to the University of Alberta Hospital, Mathews died after his family consented to have him removed from life support when they learned he had no brain function. The sandblasting medium used contained walnut powder and Mathews had an allergy to walnuts.

The R&T article cites Dr Joyce Elaine Yu, an allergy specialist at the Columbia University Irving Medical Center who advised Perkins to wear a mask when picking up his car.

The better the mask, the more particles you keep out. The walnut particles are generally much bigger than a viral particle like COVID, so whatever will keep out COVID will certainly keep out walnut dust.

After Perkins called the garage and explained his allergy, they kept his car away from the walnut blasting area and gave it a good cleaning when they were done.

The moral of the story: allergens can be used in industrial settings and there are seldom warnings posted when they are, so always be on the lookout and be sure to take two epinephrine auto-injectors with you everywhere, every time!