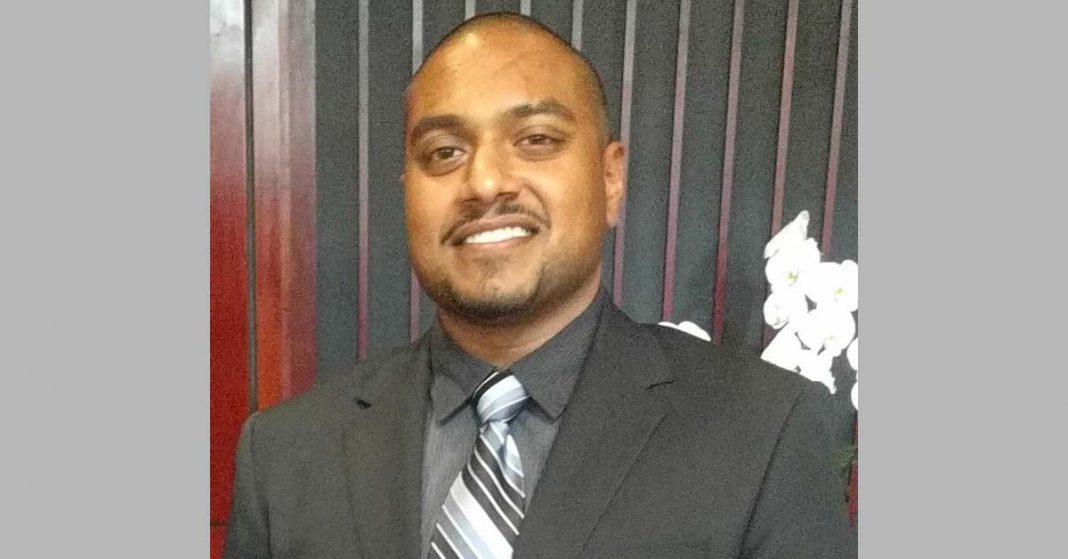 On October 2, Justin Mathews visited the Rossdale fire station in Edmonton to test the air quality after layers of toxic lead paint had been sandblasted from the walls. Twenty minutes later he experienced trouble breathing, found his way outside, and collapsed. He was suffering from anaphylaxis, a life threatening reaction to an allergen.
“He inhaled probably a lot of walnut particles from the walnut blasting compound that was all over there,” explained Justin’s father, David Mathews.
Justin was diagnosed with a severe nut allergy when he was a child and kept reactions at bay by avoiding the allergen. Mr Mathews had learned that walnut shells are being used as a replacement for silica sand because they are considered environmentally friendlier and safer for workers.

First responders performed CPR until an ambulance arrived when Justin was rushed to the University of Alberta Hospital, but it was too late. The Mathews consented to have Justin removed from life support on October 7 when they learned he had no brain function. He was 33 years old.
Neither the first responders nor the fire fighters had epinephrine on-hand, and it is unknown whether Justin was carrying an auto-injector on his person.
Justin’s mother, Mabel Mathews believed Justin was unaware that walnuts had been used in the sandblasting. She believes he would not have entered the building had he been warned of the potential exposure.
The family wants to see proper signs warning when sandblasting and other such work involves nut components that may be released into the environment.
“Nobody cared that there were nuts being used a good [percentage of the] population is allergic to nuts and that doesnt just mean food,” Justins sister, Shari Reklow, said.

Occupational Health and Safety has launched an investigation, calling this type of workplace death unusual.
“What the investigation wants to uncover is, were precautions taken that could have prevented this? Did everyone do their due diligence on site?” Alberta Labour spokesperson Trent Bancarz said.
We send the Mathews family our sincere condolences and wish them much solace as they cope with Justin’s loss. We at SnackSafely.com urge all people who have been prescribed epinephrine auto-injectors to always carry two everywhere they go. Why two? The second is necessary in case a single dose is not sufficient to halt the symptoms of anaphylaxis or should the first auto-injector malfunction.
We also encourage the use of medical alert jewelry to notify first responders of your medical condition and inform them that your are carrying epinephrine.
Please be vigilant and understand that exposure can come at any time. Take the epinephrine along!
Source: Edmonton man dies after inhaling walnut particles used in sandblasting – Global News
Print or share this article
Print
Mail
Tweet
Plus
Share
Share
Facebook
Twitter
Pinterest
Linkedin
WhatsApp
ReddIt
Mix
Email
Print
Click to visit sponsor
Previous articleMust Read: Allergic Living Interview with Dr Scott Sicherer
Next articleViaskin Peanut Phase III Trial Falls Short, Still Chance for FDA Approval