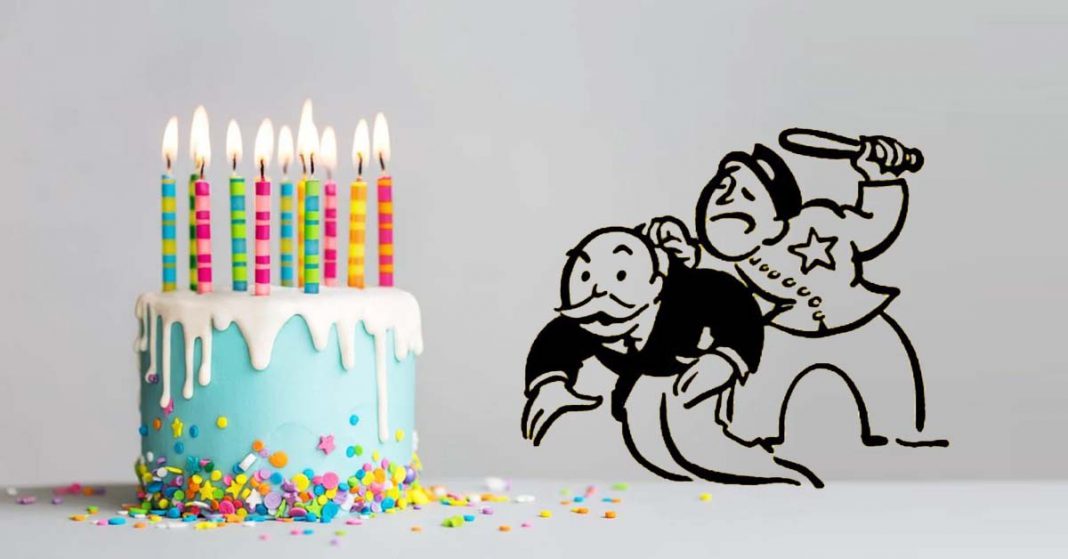 Think you have problems with family taking your child’s food allergy seriously? Here’s a situation that has one sister considering pressing charges against the other for purposely endangering her son — and as we do with our “You be the Judge“ installments — we ask you to decide and sound off.

A mom posting on reddit tells her story about dropping off her six-year-old son with an egg allergy at her sister’s house for a birthday party.

What happens next is detailed in the post entitled “AITA for taking my son home when my sister gave him something he was allergic to?“ by user u/Holiday-Cattle-9666.

We’ve referred to the “AITA” subreddit (i.e. group) before where this story is posted. AITA is short for “Am I the A-Hole” and it provides a medium where people question their own behavior and readers vote.

Here is the mom’s story:

I (32F) have a son (6M) who has allergies. One of these allergies is food based so I’m very careful when preparing his meals. His allergies are moderate so I don’t need an EpiPen but I still carry one just to be sure. (The reason I’m mentioning this will come up soon)

My sister (38F) has three kids of her own who were blessed with no allergies so they can eat whatever they like. Her oldest (13M) had a birthday party not long ago but I had a work related appointment so I dropped my son off so he could attend. My sister is well aware of his allergies and I asked if she would be serving food that was okay for him to eat. She assured me all was well but I now know it wasn’t.

When I returned to pick him up he was covered in a rash and crying. I immediately recognized it as his allergy acting up and called my sister to the side.

I asked if his food had been cross contaminated but she straight out told me she directly gave him what he was allergic to. I nearly flipped out and had to go outside to calm down.

She defended her actions by saying I was ‘babying’ him and that he needed to learn to grow out of his allergy. She continued by saying she gave her boys everything so that’s why they were stronger and healthier than my son.

I admit I screamed at her after that and said some things I’m not proud of but she angrily told me that it was her son’s birthday and it wasn’t right that my son was getting ‘special’ food from everyone else. I pointed out that his allergies are nothing for him to feel special about and she countered by saying that if I’m so bothered by his itching I should give him the EpiPen so it could stop.

I immediately left in my car and when I looked back and saw that my son had cut himself all over from scratching I cried. She called me in the middle of the night and angrily demanded that I apologize to her and her son for ruining his party but I hung up. AITA?

The mom followed up with this update:

I’m posting the update here since mods removed the last one.

From reading all the comments I decided to press charges against my sister. Also I didn’t include this in the post but my son has an egg allergy so I felt at fault for taking him to a party with pastries but I got a lot of encouraging words so I know I’m not at fault. Thank you to all the Redditors that made me realize that I had to get something done because if I’d done something like this to one of her boys she would retaliate immediately. I don’t want to go into full details but the reason I didn’t report what she did was because she is in a custody battle with her husband for her kids and I didn’t want this to be another reason against her. However I can’t ignore it any longer and although I don’t want her to lose her kids I have to protect mine. She did this to herself and luckily my son seems fine right now but I’ll take him by the pediatrician later if I see any changes.

So far, the post has garnered some 7,200+ “upvotes”, meaning the readers find the topic interesting regardless of whose side they take, and over 1,000 comments have been left by readers with their feedback.

Now we turn to you, our readers — many of whom have been faced with family members who “just don’t get it” — and ask you to be the judge. Is the poster justified in pressing charges against her sister, or is she overreacting? How would you have handled the situation? And what advice would you give the mom or sister?

Let us know in the comments section below.