About That Report That Epinephrine is in Short Supply 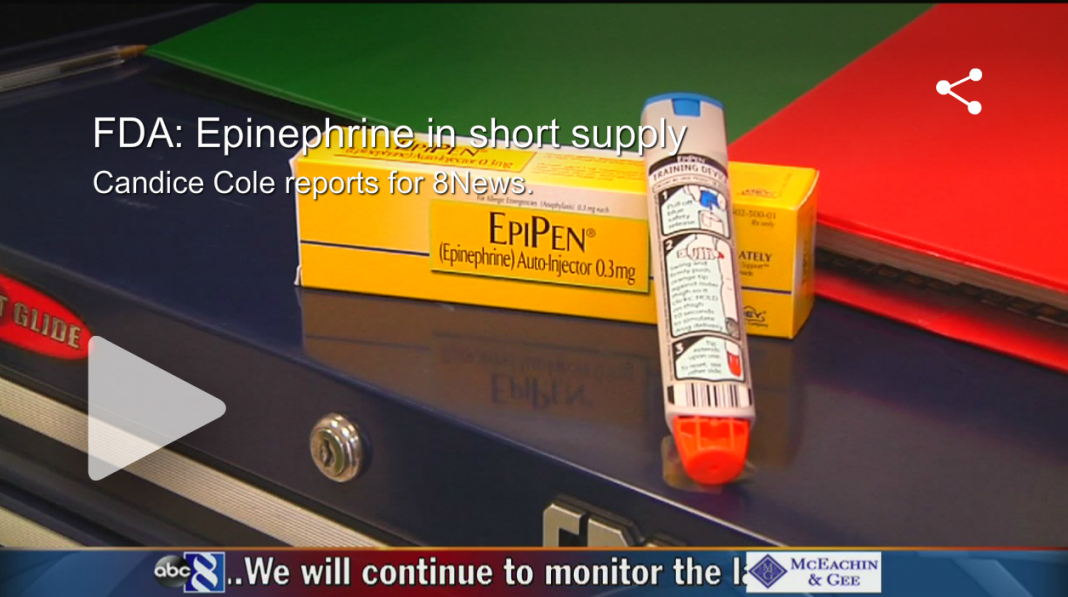 Yesterday, WRIC – the ABC affiliate in Richmond, VA – aired a report leading with a stock photo of an EpiPen®, claiming that epinephrine was in short supply. Since then we have received a number of inquiries from panicked readers concerned that auto-injectors will not be available when needed.

Though it’s true that the Food and Drug Administration (FDA) has indicated numerous epinephrine shortages on their website for months now, these are specifically for vials and syringes of the drug generally administered by healthcare professionals in a hospital or clinical setting. Despite the reported shortages from specific manufacturers, our understanding is that epinephrine is generally available when needed.

The FDA’s site makes no mention of a shortage of auto-injectors, the devices that sufferers of severe allergies carry with them for emergency use in case of a severe reaction. A series of calls to pharmacies in five states confirmed that they are readily available and that there are no warnings of pending shortages from their suppliers.

We will confirm with authorities and report back on this issue, but as of this writing there should be no cause for concern.