Study: Infants with Smoking Parents at Higher Risk for Food Allergies in Adolescence 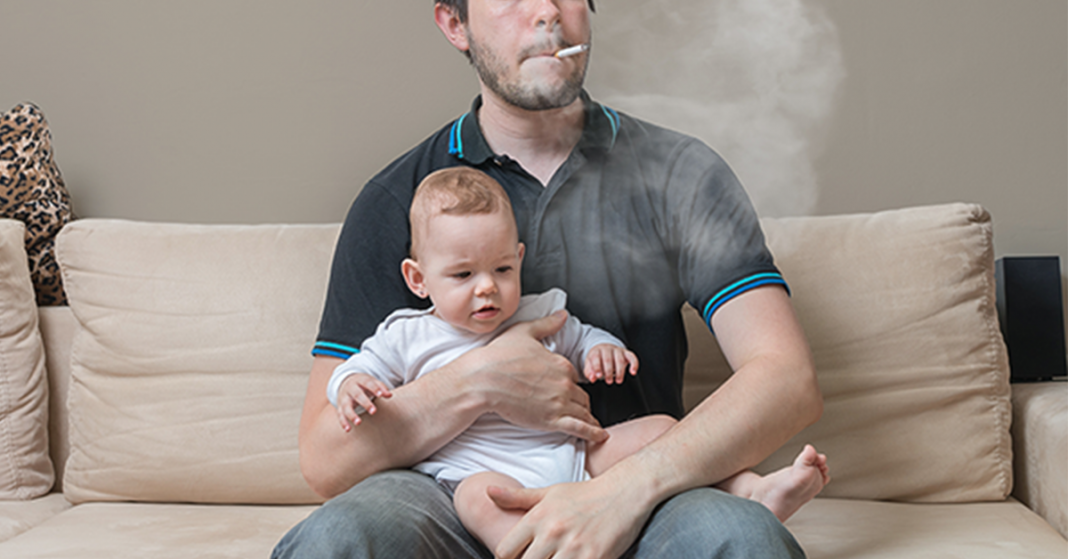 While the link between early exposure to second-hand smoke and the risk of developing asthma is well established, a study presented this week at the annual meeting of the American Academy of Allergy, Asthma & Immunology (AAAAI) in Atlanta suggest that infants exposed may also be at increased risk for developing food allergy later in life.

The study followed 3,764 children born in Stockholm between 1994 and 1996 until they were 16 years old. Parents were surveyed when the children were 1, 2, 4, 8, 12, and 16 years-old to determine if the children showed any allergy-like symptoms to specific foods. When the children turned 4, 8, and 16, they were also tested for immunoglobulin E (IgE) reactivity to certain food allergens. IgE is an antibody associated with allergic reactions and can be used to help healthcare professionals decide if a person has a specific allergy.

The researchers then looked at the parents’ reported smoking. They defined early life secondhand smoke exposure as having a parent report they smoked when their child was about two months old.

The researchers found that infants who were exposed to secondhand smoke in early life were more likely to develop food-related symptoms in childhood. Secondhand smoke significantly increased the odds of IgE-associated symptoms to egg and peanut, which likely reflects a clinical food allergy.

“Early life exposure to secondhand smoke is a well-established risk factor for asthma and, in some studies, for allergic sensitization and eczema in children; however, no studies have prospectively looked at its impact on the risk of pediatric food-related symptoms,” said Anna Bergström, PhD from the Karolinska Institute in Stockholm. “Our research suggests that it does have an impact on the odds of children developing IgE-associated symptoms to certain foods.”