Study: Anaphylaxis More Than Twice as Likely in the Classroom as Cafeteria 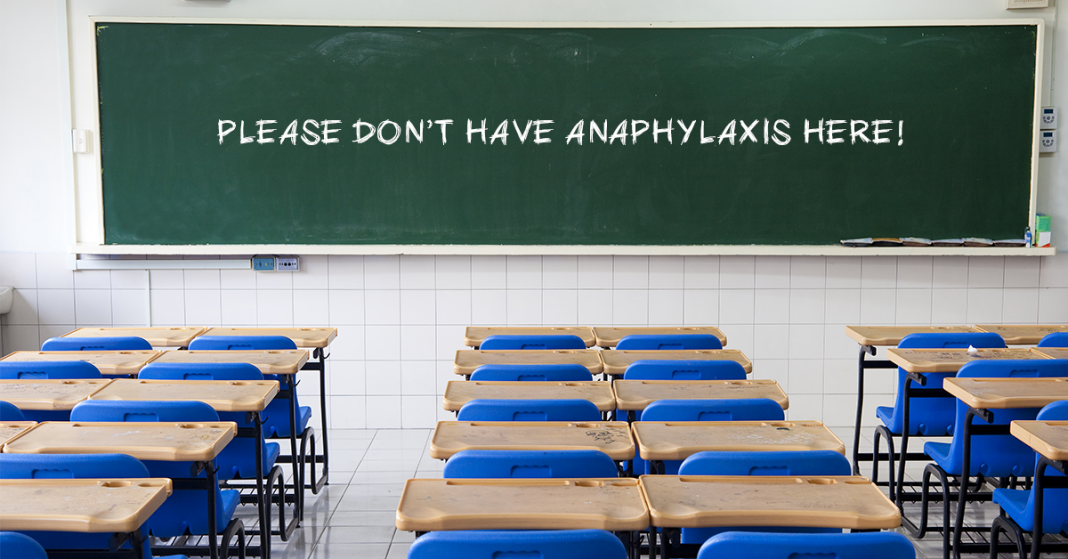 According to a study of anaphylactic events that took place during the 2014-2015 school year, almost half occurred in the classroom at a rate more than double that which occurred in the cafeteria.

The study also determined that 55% of the schools surveyed did not allow teachers to administer epinephrine and only half had a full-time nurse on staff. Students suffering anaphylaxis at these locations may not be administered epinephrine in a timely fashion, of critical importance during a severe reaction.

“This research highlights an opportunity for schools to be better prepared in the event of anaphylaxis,” Susan Hogue, PharmD, MPH, from RTI Health Solutions, told Infectious Diseases in Children. “Having a broader range of staff members trained to recognize anaphylaxis and administer epinephrine would provide better coverage, since anaphylaxis events occur at various locations throughout schools.”

We at SnackSafely.com believe all schools should have stock epinephrine on-hand and that faculty and staff be trained to recognize the symptoms of anaphylaxis and administer epinephrine when necessary. It is unconscionable that a child could suffer an anaphylactic episode but not receive life-saving epinephrine because no one is available to administer the drug.