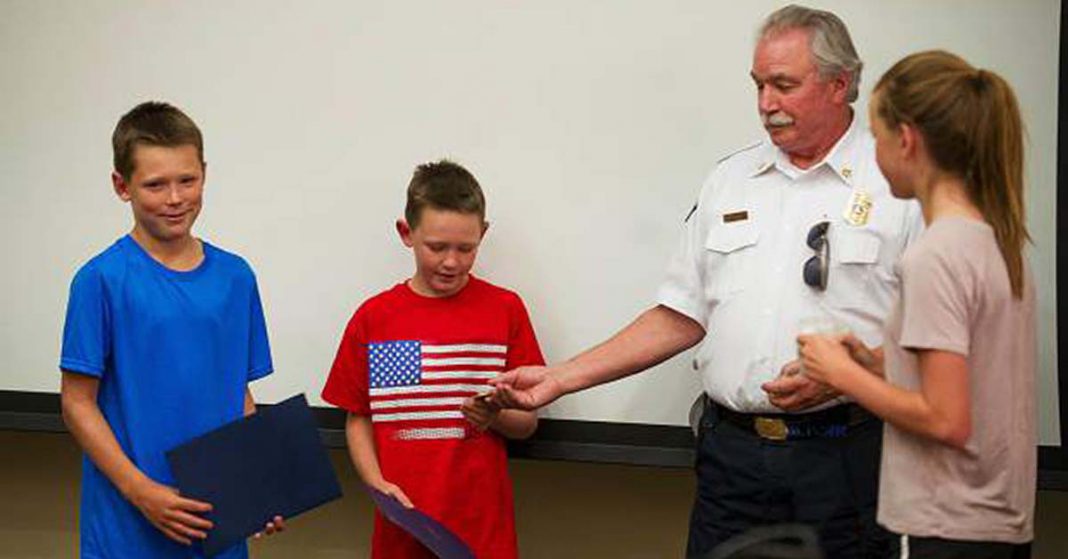 Thanks to the quick thinking of her 10 year-old brother Alec, 14 year-old Ashli Slesinger-Hall is with us today.
On August 17, Ashli, a resident of Snowmass, CO, was vomiting and experiencing increasing difficulty breathing after she had eaten a brownie that she and her father had purchased at a local restaurant was told was nut-free. Alec called 911 and his parents. Ashli would soon lose consciousness.
“Her lips were turning purple from the lack of oxygen,” Alec recalled. “It seemed like she was only breathing every 10 or 15 seconds.”


Click to visit sponsor
He found an EpiPen in his parent’s bedroom, read the instructions, and injected his sister with epinephrine, the only effective drug for anaphylaxis.
Paramedic Dan Burch, who arrived on the scene, said Ashli was not breathing and blue from the chest up.
“It was very, very serious,” Burch said. “(Ashli) was probably the farthest gone patient that I’ve seen come back. We all thought she was going to die right there in front of us on the bed.”
The paramedics administered more epinephrine, inserted a tube down Ashli’s throat, established an IV and sped her to Aspen Valley hospital. She was later airlifted to Children’s Hospital Colorado in Denver.
Ashli recovered but has no memory of the incident.
Luckily, the two paramedics on the scene had benefited from a scholarship that has assisted 12 firefighters to train and earn paramedic certifications.

We at SnackSafely.com are overjoyed that Ashli has recovered and congratulate Alec for acting quickly and decisively to safe his sister’s life. We also congratulate the paramedics who made the most of their training to bring Ashli back from the brink.

We do think it important to highlight a number of parenting strategies that can help other families avoid the horrible consequences that anaphylactic reactions can bring:

We should also mention that the paramedics on the scene were well trained, recognized the symptoms of anaphylaxis, and were armed with stock epinephrine. We advocate all first responders be similarly trained and carry epinephrine.