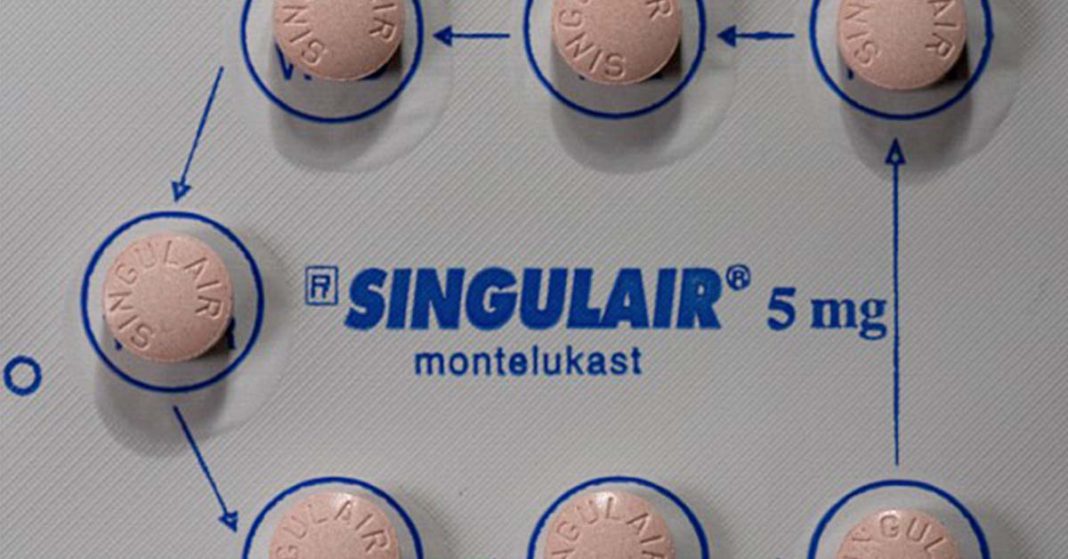 According to a study published Wednesday in Pharmacology Research and Perspectives, Singulair (montelukast) has been linked to such side affects as nightmares, depression, aggression and headaches.
The study used two databases to determine the prevalence of side effects for adults and children taking Singulair. One from the Netherlands reported over 300 adverse side effects. The other, maintained by the World Health Organization to monitor adverse side effects from more than 120 countries, had almost 18,000 reports.


Click to visit sponsor
Based on the data, researchers determined the prevalence of neuropsychiatric issues were significantly higher for adults and children taking Singulair. Specifically:

The study’s authors cautioned that it is difficult to determine direct cause-and-effect relationships to the drug vs other factors such as to the asthma itself. For example, asthma patients have been found to suffer from higher rates of depression.
“For certain neuropsychiatric symptoms [such as] nightmares, the relatively high reported odds ratio indicates a strong relationship between montelukast and the symptom. But for other side effects this relationship is not that clear,” Said Dr Meindina Haarman of University Medical Center Groningen, the lead author of the study.
But, she added, “No exact pathophysiological explanation has been found yet for the increased risk of neuropsychiatric problems in both children and adults treated with montelukast.”


Click to visit sponsor
Dr. Matthew Lorber, a psychiatrist at Lenox Hill Hospital in New York, cautioned against discontinuing the medication in children with asthma.
“Ultimately, asthma can be a life-threatening condition in children and cannot be ignored, so I do recommend to parents that their children continue with these lifesaving medications,” Lorber said.
“It is just very important to monitor for these risks, and it is vital that doctors warn parents about these risks before their children start these medications so they know what to be on the lookout for,” Lorber added.
Please note that Singulair is an important drug for many asthma sufferers and those prescribed the drug should not discontinue use on their own. If you or your child have been prescribed Singulair, be sure to discuss the possible side effects with your doctor so you can be vigilant for possible adverse effects of the drug.
Sources:
Print or share this article
Print
Mail
Tweet
Share
Print or share this article
Print
Mail
Tweet
Share
Click to visit sponsor
Previous article
10 Year-Old Brother Saves 14 Year-Old Girl with Food Allergies From Anaphylaxis
Next article
Listen: NPR Report on Oral Food Challenge Study