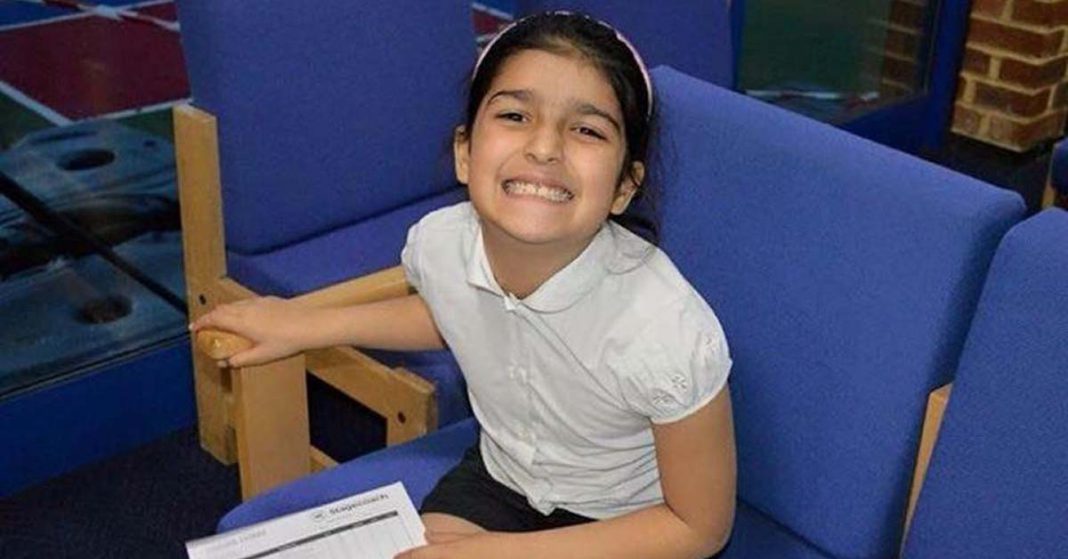 It is with great sadness that we learned of Nainika Tikoo passing in today’s Independent.
On May 20, the nine-year old girl, who had a severe milk allergy and asthma, was preparing breakfast with her father and asked him to add blackberries.
Lakshmi Kaul, Nainika’s mother describes the incident:

She had never eaten blackberries before and somehow on Saturday 20th May 2017 morning she wanted to eat blackberries and asked Dad to put them in pancakes.
Both were busy making dairy free pancakes not knowing what lay ahead. Having taken one bite of the pancake, she immediately reacted and within minutes despite immediate medical attention at home – Epipen and also the paramedics having arrived within 5-7 minutes of the incident, she passed out turning completely blue. She lost her pulse, breathing and had a cardiac arrest.

Since May, Ms Kaul has been advocating for children with food allergy. You can find her account in this article from the Asian Voice.
Our hearts go out to Nainika’s family in the wake of their tragic loss. We wish them solace and comfort in the days to come.

When we report on tragedies these, we usually conclude with a section describing the precautions that might have been taken to prevent similar such losses in the community. In this case, we can offer no insight.
The family was well aware of Nainika’s milk allergy, she was prescribed an epinephrine auto-injector which was on-hand, and her father administered the medication immediately once Nainika began to show symptoms. Nainika apparently suffered cardiac arrest immediately after ingesting the allergen leaving no time for the medication to take effect.
Please remain vigilant and make sure you or your loved one always has two epinephrine auto-injectors on-hand and don’t hesitate to administer the drug at the first sign of symptoms when anaphylaxis is suspected. Despite the horrible turn this took for Nainika, epinephrine is only treatment for anaphylaxis.
Sources:
Print or share this article
Print
Mail
Tweet
Share
Print or share this article
Print
Mail
Tweet
Share
Click to visit sponsor
Previous article
DBV Completes Phase III Study of Peanut Patch
Next article
BAT II Study to Determine Effectiveness of 'Food Challenge in a Test Tube'