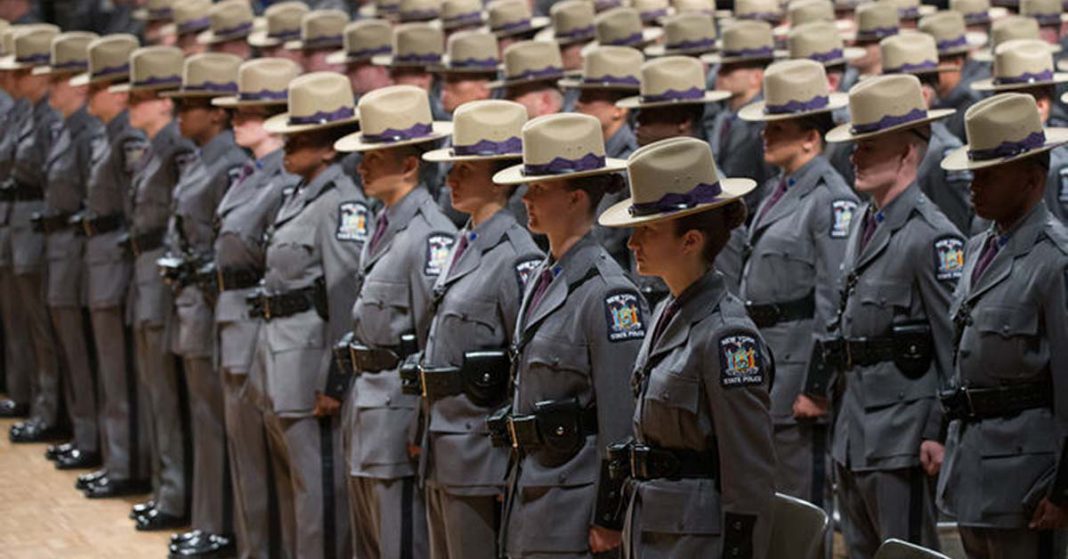 What’s wrong with this picture: Currently under New York State law, children’s camp employees, public and private school staff, and employees of sports and entertainment venues, amusement parks, restaurants, youth organizations and sports leagues, daycare facilities and retail establishments can administer an epinephrine auto-injector in an emergency. Law enforcement officers are not permitted.
State Senator Jim Tedisco announced yesterday that he has introduced new public safety legislation to save lives by enabling police officers and members of law enforcement to carry epinephrine auto-injectors to treat people with severe allergic reactions in an emergency.


Click to visit sponsor
“When emergencies happen, seconds count. Our police officers are often the first on the scene when someone dials 911 due to a life-threatening allergic reaction, so it makes imminent sense to enable our highly-trained members of law enforcement the ability to carry EpiPens and help save lives,” said Senator Tedisco. “I want to thank Sheriff Zurlo and the Saratoga County Sheriff’s Office for their support for closing this dangerous loophole. I hope we can get this very important public safety legislation passed when the legislature returns to Albany and prevent a tragedy from occurring.”
“Life threatening allergic reactions can occur at any time. For those who are prepared and carry an EpiPen, they have the ability to treat themselves in a time of need. There are however, children and adults in our communities who have allergies that they may not yet be aware of or for one reason or another do not have access to an EpiPen. For them, a bee sting or a food allergy may require immediate intervention to save their life. Since equipping law enforcement officers with Narcan several years ago, countless lives have been saved from opioid overdoes. Allowing law enforcement officers to carry and administer EpiPens will further our ability to save lives through rapid intervention when it matters most. I am proud to support this legislation and thank Senator Tedisco for sponsoring and carrying this bill in the New York State Senate,” said Saratoga County Sheriff Michael Zurlo.

Click to visit sponsor
Click here to see a copy of bill S9153, which simply introduces a three-word addition to public health law.

We at SnackSafely.com applaud the efforts of Senator Tedisco and call for all states to adopt similar measures allowing law enforcement officers to carry and administer epinephrine when anaphylaxis is suspected.

We also call upon state legislatures to ensure that all those that are authorized to carry and administer epinephrine have access to an adequate supply of stock epinephrine to ensure that the lifesaving drug is readily available when needed.