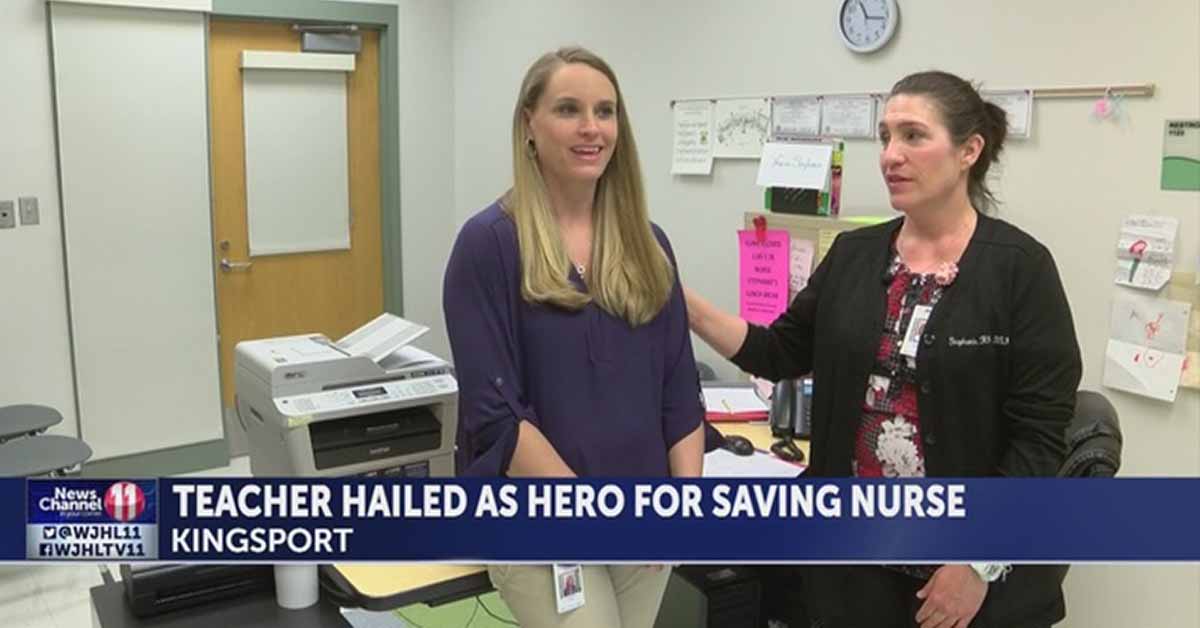 Nurse Stephanie Maynard was sitting at her desk on March 22 when she began to feel symptoms of a reaction.

I was looking at the mail. I usually do the school mail on Friday. I noticed immediately that my right ear got really hot, and I looked down and my hands started swelling and I had hives. And so I pulled my watch off and rolled up my sleeve, and I was just unsure of what had happened.

Maynard told WJHL-TV that she developed welts on her body and she felt her throat closing up.

That’s when fifth grade teacher Beth Ward stepped up and took action. Maynard had Ward first get Benadryl, but then instructed her to retrieve an EpiPen which Ward administered. Epinephrine is the only drug that can halt the progression of anaphylaxis.

“They work, they work. Could see that really relieving her body,” Ward said.

Maynard was thankful for Ward’s quick action and was grateful the incident happened when there were others in her office.

“Had it not been for the timing, I would have died, there’s no doubt,” Maynard said.

Ward had the benefit of Kingsport City Schools’ yearly medical training. She told WJHL that without it, she may not have known how to help.

Maynard believes she may have inhaled something when opening the school mail that triggered the anaphylactic episode.

Here is the WJHL-TV news report of the incident: