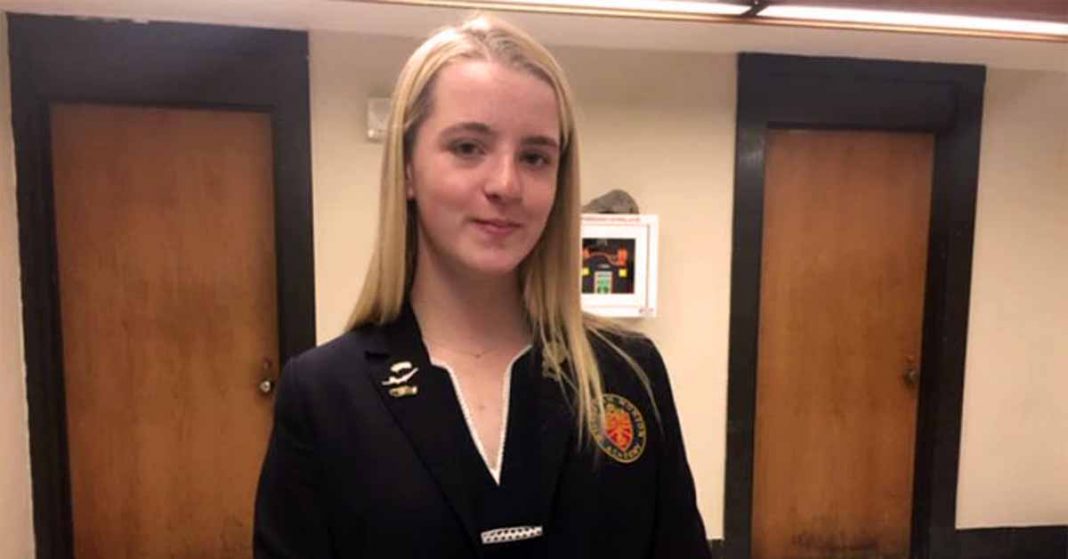 12-year-old Kennedy Pelletier is no stranger to food allergies having discovered she was allergic to fish and shellfish after suffering a reaction at Disney years ago. She had a subsequent reaction at a restaurant in 2018 despite avoiding her allergens when her dish was likely contaminated due to cross-contact.

The seventh-grader decided it was time for action to protect others who might suffer reactions while dining. She contacted State Senator Jim Welch, urging him to sponsor a bill that would allow restaurants to carry stock epinephrine. Epinephrine is the only drug that can halt the progression of anaphylaxis, a severe, life-threatening allergic reaction. Stock refers to doses of the drug that are not prescribed to any individual and may be administered in an emergency.

Kennedy’s class traveled to the Massachusettes statehouse Tuesday to testify before the Joint Committee on Public Health on Welch’s bill, S.1355. The bill would allow an individual suffering an allergic reaction, a family member, or healthcare provider to administer the restaurant’s supply of the drug in an emergency while shielding the restaurant and participants from liability.

Though the legislation does not require restaurants to carry stock epinephrine, Sen Welch intimated his goal is to eventually mandate that all restaurants carry.

“I think a restaurant can bear the cost of one EpiPen for the safety of all their customers,” Welch said.