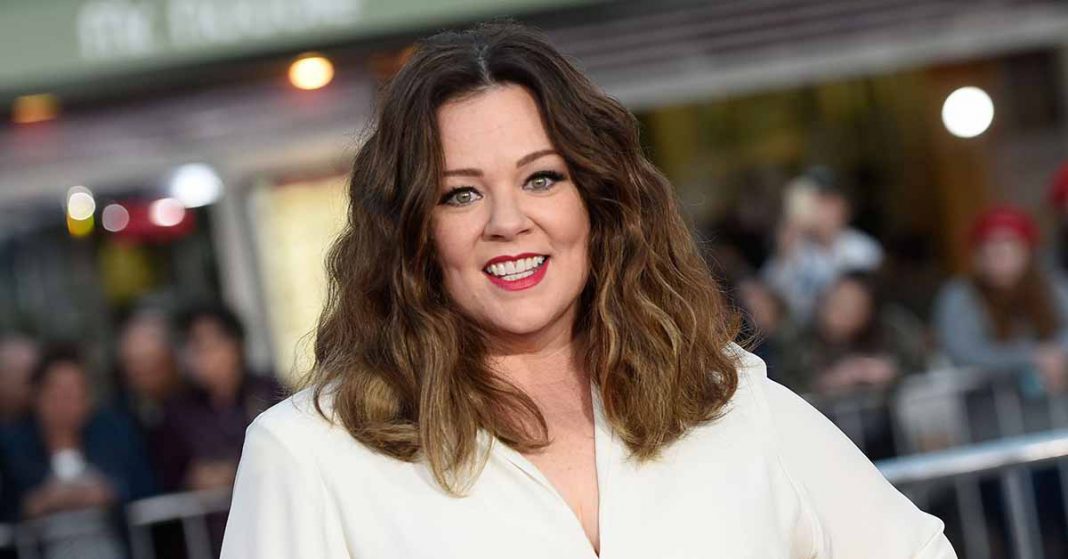 Melissa McCarthy, Emmy winning star of Mark and Molly, Bridesmaids, and a slew of blockbuster movie hits, is currently living in Australia while filming her new TV series, Nine Perfect Strangers. Australia is known for its interesting wildlife, insects included, and thats where Melissa ran into trouble.

Something bit me here and 92 percent of my body blew up in a way that I didn’t know was possible. I carry an EpiPen because nobody knows [what it is], it could be anything.

[They said it] could be one of a thousand things, I’m like ‘great.’ It got me during the night, my lip was about four times the size. I kept trying to say ‘I think something’s wrong.’

Speaking on the Ellen Degeneres Show, Melissa noted that her husband, Ben Falcone, wasn’t terribly helpful when he first saw the symptoms of her reaction: “His first response was ‘get away from me’ because what if it’s contagious?”

Despite her husband’s reluctance, Melissa, 50, has recovered and is doing well.

Said McCarthy about her husband in a February interview:

It’s [about] finding someone who you just absolutely are better with. He’s nothing but supportive, and he’s super smart. He makes me gut-laugh, like crazy gut-laugh, four or five times a day. I hit the jackpot!

We at SnackSafely.com are happy Melissa has made a full recovery. We encourage her to take two epinephrine auto-injectors everywhere, every time so we can enjoy her work for many years to come.