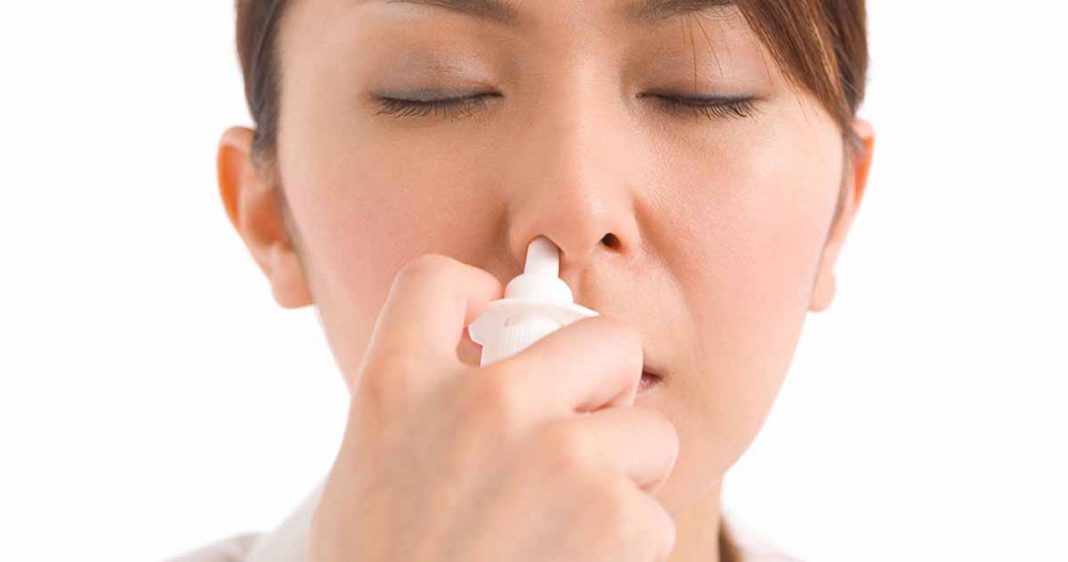 Bryn Pharma — the North Carolina-based company developing an emergency epinephrine device you spray in your nose instead of inject in your thigh, announced positive results from a study at this year’s AAAAI meeting.

Results from the study demonstrated that administration of epinephrine with one spray/dosing from Bryn’s two-dose nasal spray device resulted in a favorable release profile with both short- and long-term pharmacokinetic (PK) outcomes that were comparable to or greater than those seen with administration by a single 0.3 mg epinephrine auto-injector. No safety issues were seen and there were no serious or unexpected adverse events with either intranasal (IN) or intramuscular (IM) dosing.

These clinical results show that a single spray from our bi-dose nasal spray device delivered epinephrine at levels equaling or exceeding those administered with a single 0.3 mg epinephrine auto-injector, potentially allowing patients to replace two auto-injectors with a single nasal device. Up to 30% of patients experiencing an anaphylactic event require a second dose of epinephrine, and our bi-dose nasal spray device meets this critical need along with other advantages including needle-free delivery, ease of use and portability. We will continue to work diligently to complete the required steps remaining to gain FDA approval.

Epinephrine concentrations and cardiovascular effects were measured periodically starting a half-hour before administration to 3 hours afterward.

Epinephrine bioavailability and cumulative pharmacokinetic data demonstrated that the single intranasal 6.6-mg epinephrine dose was comparable to or greater than 0.3mg epinephrine dose delivered via auto-injector, with similar cardiovascular effects.