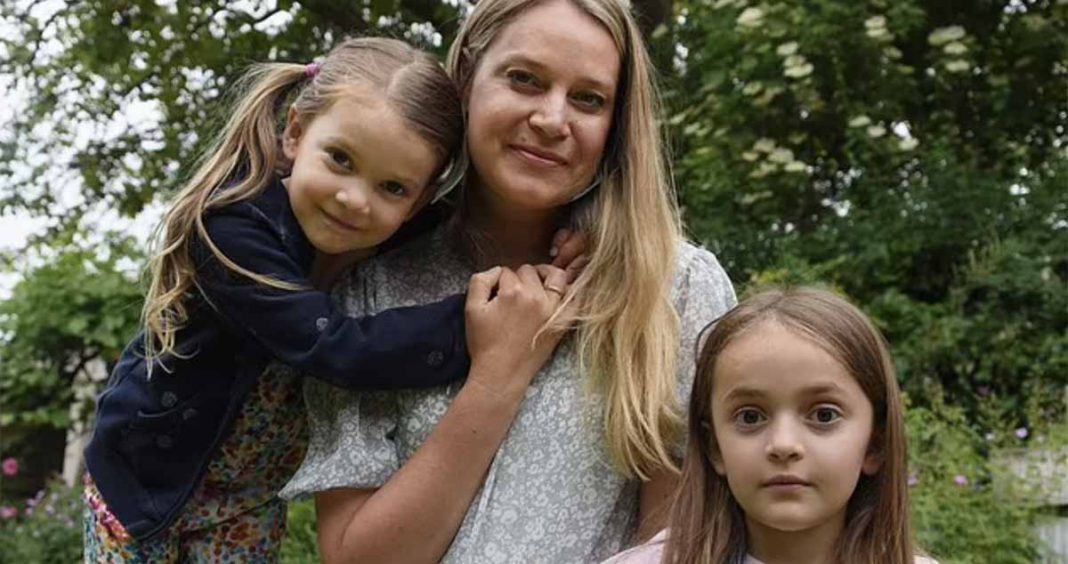 Disney executives take note: this could be your next blockbuster complete with a princess and angry villagers.

Six-year-old Beau Beck has a severe nut allergy and has suffered anaphylaxis in the past.

Her mother, Chantal, wants to trim the 55ft walnut tree that hangs over her backyard in Trowse, Norfolk, so that the walnuts won’t fall and threaten her daughter when she plays outside.

The village council is forbidding the action, citing concerns over damage to the tree’s health and the objections of a dozen villagers, one of whom said trimming the branches would damage the village’s “rural character”.

The 100-year-old tree produces an annual crop of ‘especially large’ walnuts according to local villagers. It grows from a neighbor’s property that is part of a conservation area.

Each year, Ms Beck collects buckets of walnuts from the yard where Beau and her younger sister play.

It didn’t occur to me that [Beau] might have a reaction, because she couldn’t crack a walnut open so was unlikely to eat one.

But they mulch, and when the girls play in the garden, it gets on her fingers and hands and then on her face and before you know it it’s in her system.

She has reason for concern: Beau suffered anaphylactic shock in the garden of their home in 2019.

“She had swollen ears, swollen lips and was clutching her throat. Then she had hives on her body. The reaction isn’t just itchy skin, it is anaphylactic,” said Ms Beck.

Back in 2018, the family was given permission to trim the tree by 13 feet, but the consent has since expired.

She recently requested permission from the South Norfolk Council to trim the height and spread of the tree but was denied, citing extreme objections from 11 residents. One said: “As an artist, I draw and photograph it regularly, loving the age and dignity of its perfectly shaped crown.”

Seventeen residents sent the council letters supporting Ms Beck. One said: “Although it will be upsetting from a visual perspective for some local residents, when you consider the very dangerous health implications this could have on a small child, I can’t see how anyone can object to this.”

The village council says some pruning would be acceptable but a conservation officer asserted the extent of work proposed by Ms Beck would lead to “disease and decay”.

Lisa Neal, ward councilor for Trowse, said she had contacted Ms Beck to find a “compromise to help both sides”.

She added: “On one side you have Chantal’s daughter with the health implications, on the other people feel it is a lovely tree and don’t want to have too much cut off it because that could damage or kill the tree.”

We at SnackSafely.com urge the South Norfolk Council to come to a reasonable accommodation for the Beck family. This is not simply a matter of conservation or esthetics; Beau has a life-threatening disability that must be accounted for in the council’s decision.

What do you think? Be our guest and comment below.