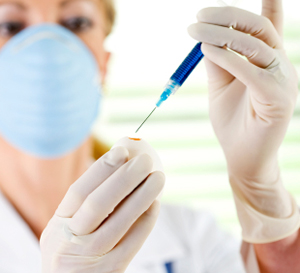 The findings, published online on January 23 in the Archives of Disease in Childhood,  are the result of a study conducted by Michel Erlewyn-Lajeunesse, M.B.B.S., of the University Hospital Southampton in the UK, and colleagues. They studied cases of anaphylaxis reported in the UK and Ireland between September 2008 and October 2009.

The researchers found that seven out of 15 reported cases met the actual criteria for anaphylaxis following immunization. Six of the children (all of whom recovered) required epinephrine injections and intravenous fluids.

The estimated incidence was 12 cases per 100,000 doses for single component measles vaccine and 1.4 cases per million doses for the bivalent human papillomavirus vaccine. “Anaphylaxis remains a rare adverse event following immunization. No cases were related to vaccines given as part of the ‘routine’ infant and preschool immunization program, despite over 5.5 million vaccines being delivered in this time period,” the authors wrote.

It should be noted that several authors disclosed financial ties to pharmaceutical companies and vaccine manufacturers.