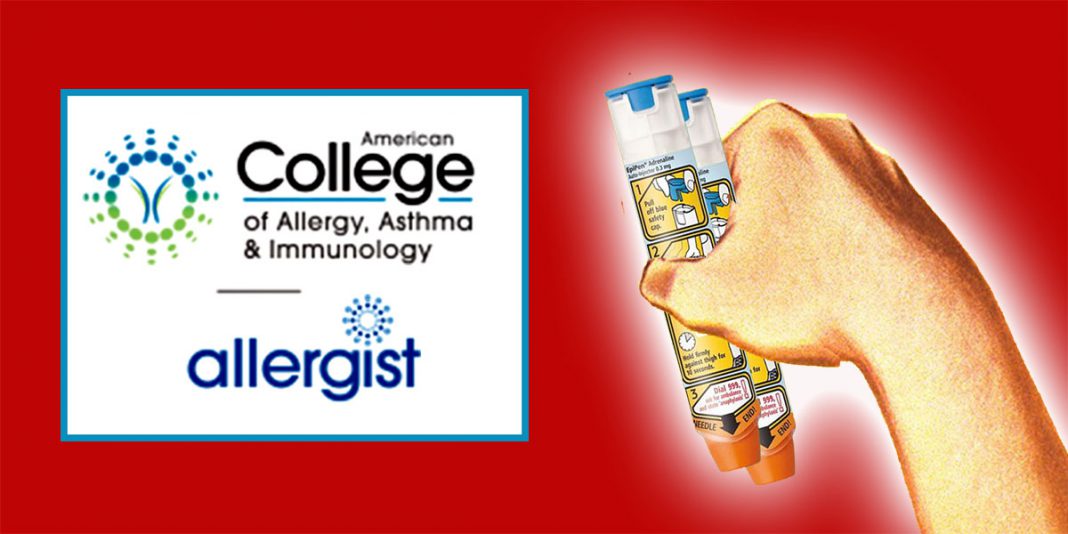 The study looked at records of 484 visits for anaphylaxis at two large Canadian pediatric emergency departments. Of those, 71 patients (14.7%) developed a biphasic reaction.

The study found five independent predictors for a biphasic reaction:

“We found that 75 percent of the secondary reactions occurred within six hours of the first,” said Waleed Alqurashi, MD, lead author of the study. “A more severe first reaction was associated with a stronger possibility of a second reaction. Children aged six to nine, children who needed more than one dose of epinephrine and children who do not get immediate epinephrine treatment were among the most likely to develop secondary reactions.”

Of the five predictors above, only one is within the control of the parent or caregiver of a child suffering anaphylaxis: administer epinephrine at the earliest signs of a severe reaction and follow up with an immediate visit to the emergency department.

We remind you once again to “Take 2“… Take 2 epinephrine auto-injectors along everywhere, every time. Not only can it save your child’s life, but prompt administration of epinephrine removes one of the predictors for a second reaction hours later.