A Tale of Two Countries: Half of UK Kids Prescribed Epinephrine May Not Have Allergies Requiring Them 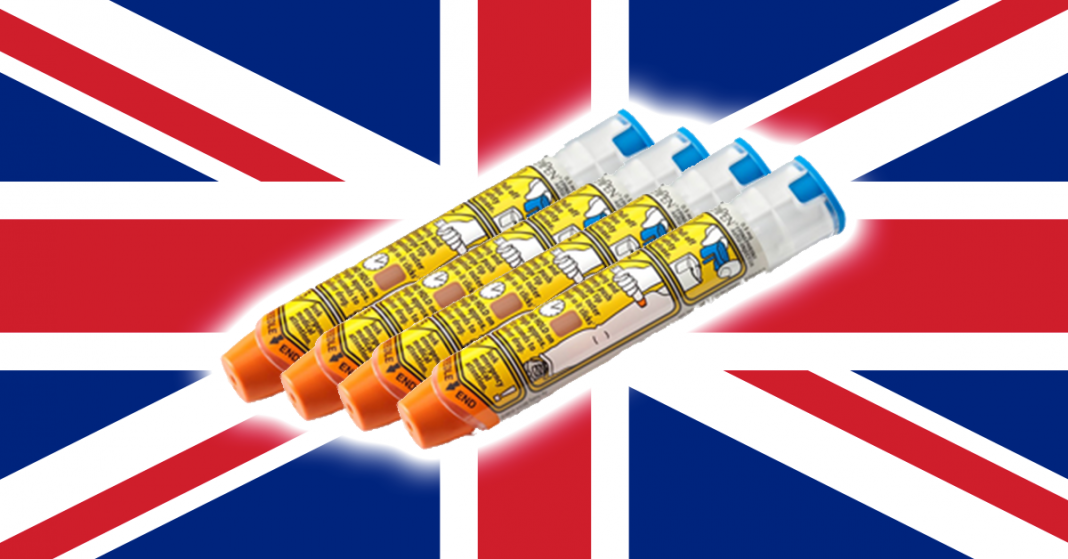 A study published in the British Journal of General Practice is disturbing for a number of reasons, resonating especially here in the US.

The UK guidelines for prescription of epinephrine auto-injectors specify the devices should be issued when a child is diagnosed with egg, peanut, tree nut, seafood, insect venom allergies or has a known history of anaphylaxis. Such prescriptions have soared 355% since 2000.

The study shows that half the children prescribed such auto-injectors did not have the clinical history to warrant such prescriptions.

While 24,000 children were deemed at high risk of anaphylaxis by their family doctors and issued the devices between 2000 and 2012, only 12,000 or so had the clinical history to justify use of the devices.

The study found the average number of devices provided each high-risk child rose 33% with the average child receiving four per year, but that number can approach 40 in some circumstances. The cost to Britain’s National Health Service (NHS) is £26 ($32) per device.

“This study clearly demonstrates that there has been a significant increase in the number of children being prescribed AAI devices in the UK,” researchers said.

“In addition, there has been an increase in the average number of devices being prescribed per child in the community. This places a significant financial burden on the NHS.”

While it would be interesting to understand whether there is a similar overprescription problem in the US, one thing is evident: UK children have ready access to life-saving epinephrine provided by their NHS, and the negotiated cost for such devices is 1/20 the retail cost of the drug to Americans without health insurance.

While we commiserate with our friends across the pond, recent congressional inquiries into the cost of Mylan’s EpiPen – recently priced at over $600 a pair – shows the need for serious reform of the way pharmaceuticals are priced and sold in the US.