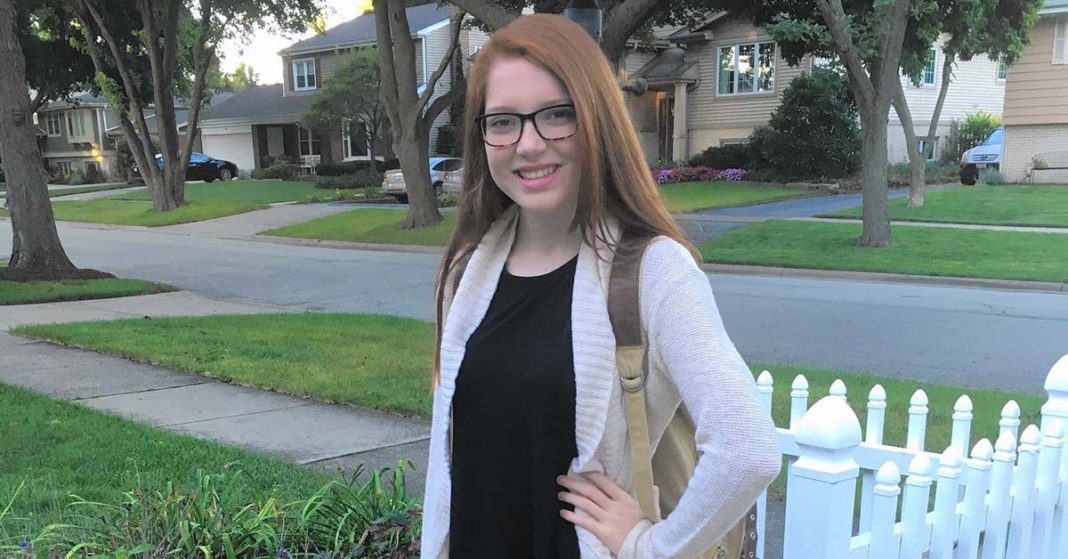 After first denying a student with severe peanut allergy epinephrine, a Chicago high school administration has apologized and promised a review of its procedures.
On August 30, 15 year-old Lia Sommer took a bite from a turkey pesto sandwich in the school cafeteria and immediately sensed something was wrong. Accompanied by a friend, she rushed to the school nurse, who instructed her to take Benadryl, a common antihistamine used for minor symptoms of allergic reactions.


Click to visit sponsor
“Lia refused, knowing from previous experience that her symptoms would be masked by the antihistamine, though the anaphylactic reaction would not be halted, and would continue to silently and dangerously escalate undetected,” Lia’s mother, Lonnie Joy told the Chicago Tribune. “Instead of following Lia’s Allergy and Anaphylaxis Plan on file in the health office, which clearly states, ‘Give EpiPen First!’ the nurse opted to have her call me to confirm before administering epinephrine, with my daughter’s life held in the balance.”
After speaking with her daughter on the phone, Ms Sommer asked the school nurse if she had followed Lia’s emergency action plan by administering epinephrine and calling 911. The nurse responded “no” to both questions.

Click to visit sponsor
“I was shocked that a trained medical professional was either unaware of the most up-to-date protocol for anaphylaxis or unwilling to follow it,” Ms Sommer said. “I told her administer the EpiPen and call 911 immediately. She said it would be done, and confirmed I would meet the ambulance at Northwest Community Hospital.”
When Ms Sommer arrived at the hospital, she found Lia in the ER without a representative from her school administration to accompany her.
“It is ludicrous that a minor would be sent alone to a hospital during school hours with no personnel to represent her,” said Lonnie Joy. “I am horrified and saddened by the complete lack of common sense and compassion that predicated this decision.”
“The district sincerely apologizes for our mistakes. Student safety is always of the utmost importance, and we are working with the family to remedy the situation,” said Jennifer Delgado, a spokesperson for Township High School District 214 said.

Click to visit sponsor
The district has agreed to pay Lia’s medical bills. At this writing, the school nurse is still employed at the high school.

A reminder for all parents of children coping with food allergy: the American Academy of Pediatrics (AAP) has made it absolutely clear in their clinical report entitled “Epinephrine for First-aid Management of Anaphylaxis”: Give epinephrine immediately when anaphylaxis is suspected.

Please be sure to develop an emergency action plan with your child’s doctor and discuss the instructions with your child’s school nurse and administration. The earlier epinephrine is administered when anaphylaxis is suspected, the better the outcome.

We at SnackSafely.com are firm believers that children deemed mature enough to carry epinephrine should be allowed to do so at school and self administer in an emergency.