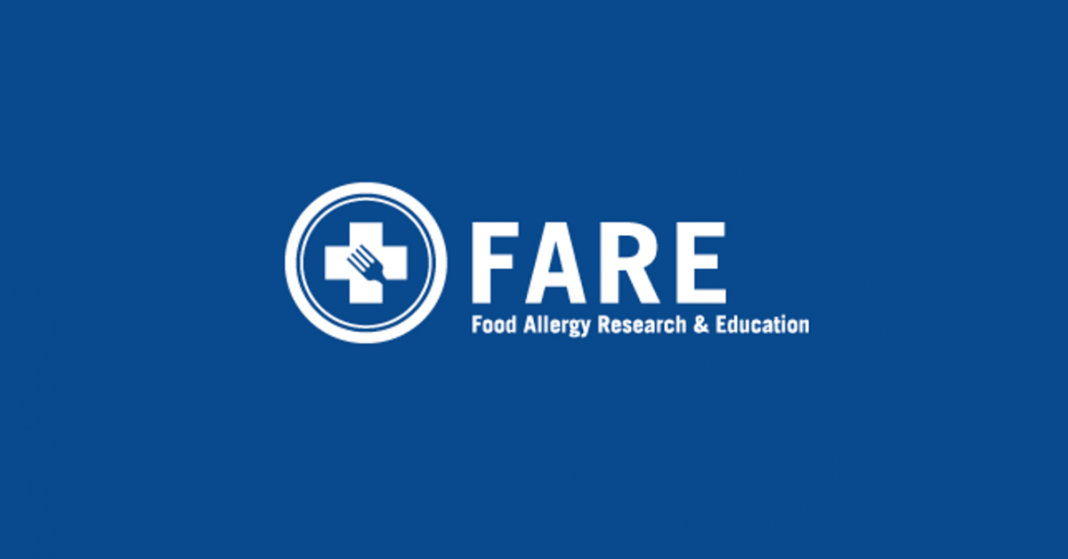 “Working on behalf of the food allergy community here at FARE has been a tremendous honor, and I leave here with confidence that our team is carrying out FARE’s mission every day, and with pride about what we have accomplished,” Baker said.

“When I was appointed as interim CEO in the summer of 2014, I never expected to stay for as long as I did, but I am and always have been totally committed to the cause. FARE has an outstanding staff and the financial wherewithal to move forward to do great things in the service of the food allergy community. Therefore I think now is the proper time for me to step aside.”

Janet Atwater, Chair of FARE’s Board of Directors, announced that FARE will begin a nationwide search for a new CEO and Chief Medical Officer.

“Jim has served FARE admirably throughout his time at FARE. When we asked him to assume these leadership roles he initially planned to stay for less than six months. He instead generously continued to lead the organization for what will be four years. His leadership has been instrumental in FARE finding its voice and accelerating the search for much needed therapies for food allergies while improving the quality of life of all those affected,” Atwater said.

Under Baker’s leadership, FARE has established the FARE Clinical Network, the FARE Patient Registry and the FARE Investigator in Food Allergy Awards, which have advanced innovation and achievement in food allergy research. Together these initiatives have involved $20 million in grants and contracts. He has also been instrumental in strengthening FARE’s relationships with the National Institutes of Health, the Food and Drug Administration and Congress. Under Baker’s tenure, FARE worked aggressively on issues related to epinephrine access and affordability, reimagined its fundraising walks into FARE’s Food Allergy Heroes Walk, grew the Teal Pumpkin Project® into a nationally recognized awareness campaign, redesigned its website and undertook the revamping of several of FARE’s key educational programs.

In large part due to Baker’s accomplishments and management skill, FARE now has a 4-star rating on Charity Navigator, has a strong financial foundation and great momentum as it looks to continue its mission efforts.

“FARE is deeply appreciative of Jim’s incredible contributions to the food allergy community, and we wish him all the best in his new endeavors and hope to continue to rely on his advice and counsel,” Atwater said.

The Board has launched a comprehensive search to ensure FARE again has the right leadership for the organization’s next chapter and has retained Korn Ferry to conduct the search. Baker will stay on at FARE during the search to aid with the transition.

ABOUT FARE
Food Allergy Research & Education (FARE) works on behalf of the 15 million Americans with food allergies, including all those at risk for life-threatening anaphylaxis. This potentially deadly disease affects 1 in every 13 children in the U.S. – or roughly two in every classroom. FARE’s mission is to improve the quality of life and the health of individuals with food allergies, and to provide them hope through the promise of new treatments. Our work is organized around three core tenets: LIFE – support the ability of individuals with food allergies to live safe, productive lives with the respect of others through our education and advocacy initiatives; HEALTH – enhance the healthcare access of individuals with food allergies to state-of-the-art diagnosis and treatment; and HOPE – encourage and fund research in both industry and academia that promises new therapies to improve the allergic condition. For more information, please visit www.foodallergy.org.