The Amanda Huynh Tragedy and Flawed Allergen Labeling in the US 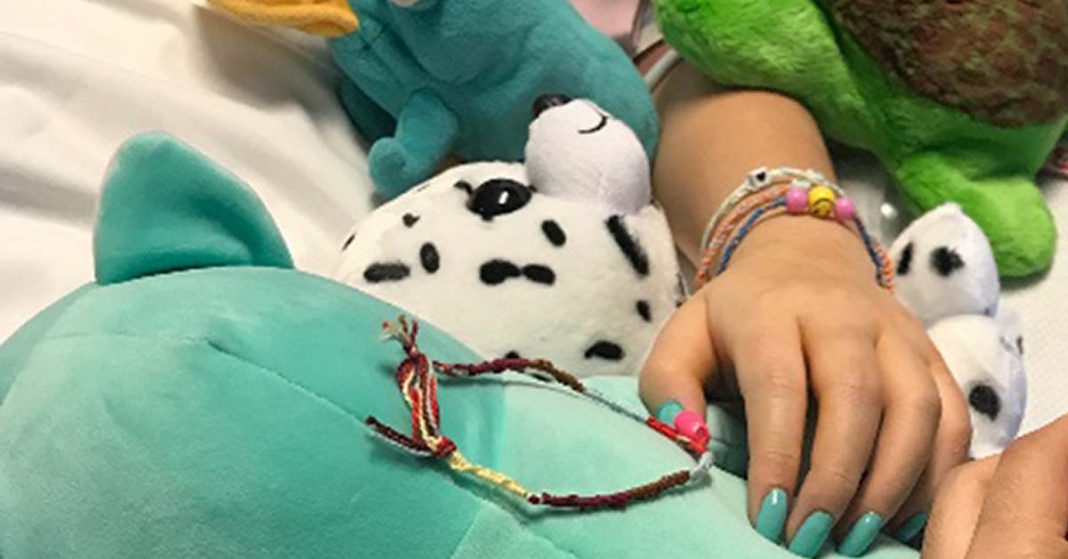 In the space of a few days, yet another tragedy has befallen the food allergy community, this time the loss of 12 year-old Amanda Huynh, a Lee Middle School sixth-grader from Georgia.

As she rode the school bus last week, Amanda ate a granola bar she brought from home that her family said was a brand she had eaten before. She complained of not feeling well to the bus driver who had her visit the school nurse at the high school that was the next stop. At the school, she was treated with an epinephrine auto-injector while awaiting the ambulance. She was transported to a nearby hospital where she was stabilized, then airlifted to Children’s Healthcare of Atlanta at Scottish Rite Hospital where she died two days later.

The family has created a fundraiser on gofundme where you can contribute to help defray the costs of Amanda’s funeral.
We send our heartfelt condolences to the Huynh family and wish them strength and solace in the wake of the loss of their daughter and sister. The tragedy of Amanda’s passing is felt throughout the entire food allergy community.

My 12 year old sister bit into a granola bar that was labeled free of peanuts. She is extremely allergic to peanuts and have gone to the hospital for treatment before. Nothing like this has happened before. Amanda had a reaction and they got her the epi pen but it was too late. Amanda went into cardiac arrest and her lungs collapsed.  She was immediately sent to the nearest hospital, was told she couldnt be treated and was flown to Childrens Hospital of Atlanta, where she was fighting this allergic reaction. After a day, fhe doctors told us that if she survived, she would not be the same person she use to be. Her brain had been severely damaged. This morning the doctors declared her braindead and her body is not responsive. Her heart is still beating as I’m typing. The doctors told us to make a decision. To let her go today, or tomorrow. Tomorrow will be Amanda Huynh’s last day with us.

To give you an idea of what Amanda Huynh was to me. Amanda would bother me every single day, but she would help with anything I asked. She would wake me up every morning at 6am to hug me before she went off to school. We made dinner together, we watched a movie together, she even stayed up to make omlets with me at 1am. Amanda was so bright, she was so smart and energetic all the time. The last time she said to me was that she was going to the skating rink and gave me 2 hugs before she went off with her friends. The last words she said to my mom were “Is Dillon coming home tonight? I love you mom.” As she walked onto the bus to school. Amanda’s teachers and the principal were there at the hospital the day of the incident.
Amanda bit into a granola bar that she usually ate but this time she had a reaction. There was no label for peanuts. Amanda had her wholelife ahead of her. She loves her stuff animals, her friends, her family. She did not deserve this and no one does.
Amanda meant the world to me and brightened my day when I didnt ask for it. I love Amanda so much.  Amanda liked to ride her bike, go to the skating ring, and she loved avocado toast.
For her friends, Amanda loved you guys. She would stay up and talk in groupchats, she would not shy away anyone. She will remember you forever and my wish to you is to keep her in your hearts forever.
My mission for this gofundme is to raise awareness to people out there with allergens. Please watch over your children. Peanut Allergies are very dangerous and I don’t want you to suffer through the same thing Amanda went through. This money is going towards Amanda’s funeral and the family. Anything is helpful. Thank you all to those who donated.

Though we have no other information, the highlighted text provides a clue to a deeper problem that may be an underlying factor in this tragedy: a misunderstanding regarding the fundamentally flawed allergen labeling regulations of the United States.


Click to visit sponsor
Our current allergen labeling guidelines were established by the Food Allergen Labeling and Consumer Protection Act (FALCPA) of 2004. It requires the manufacturer of a food product containing any of eight allergens as an ingredient to disclose this fact in one of two ways on the label.
Contrary to popular belief, it does not require the manufacturer to label for the potential of cross contact with an allergen during manufacture. Warning statements like “Manufactured in a facility that also processes peanuts” or “May contain traces of milk” are entirely voluntary and many manufacturers omit them. [To learn more about how manufacturers decide whether to include voluntary warnings, read “When a Manufacturer Says ‘Trust Us’ Regarding Allergens.”] Though the granola bar that Amanda relied on to be a safe snack did not list peanuts as an ingredient and provided no warnings that the product might contain traces of peanuts, that did not mean the bar was necessarily safe for people with peanut allergies.
Due to these loopholes in US labeling regulations, there was in fact no way for Amanda’s parents to know whether the granola bar was safe for her consumption without first calling the manufacturer and asking pointed questions.
Amanda’s loss may well have been avoided had more clear and effective labeling regulations been in place.

We call on the Food and Drug Administration (FDA) to take action and correct the flaws in the current labeling regime. Specifically:

The flaws in the current regulation are an affront and danger to the millions of Americans with food allergies who rely on the FDA to stay safe. Until labeling regulations are tightened, we will continue to suffer the loss of loved ones in the community due to accidental ingestion.