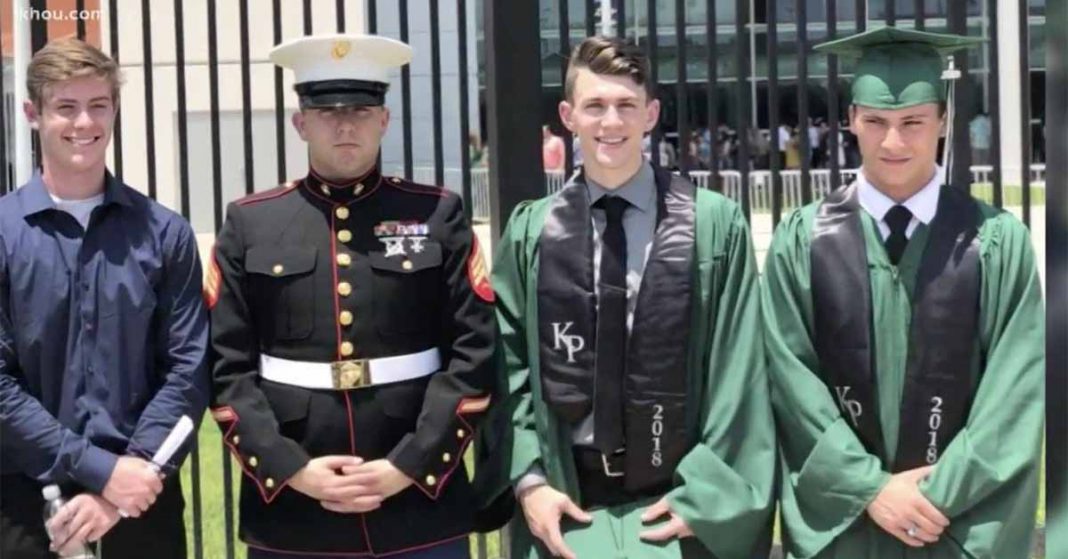 When he was 17, Christopher Ryan convinced his parents to sign a waiver allowing him to join the Marine Corps early along with his friends. The day before his swearing-in ceremony, Ryan received the call telling him he couldn’t join due to his peanut allergy.
“I thought really,” he said. “Over a peanut allergy? It’s that big of a deal?”
The Corps is concerned about their MREs or “Meals Ready to Eat”, rations that are consumed during training and in the field during combat. The concern stems from the possibility of peanut cross-contact which could be life-threatening for a jarhead recruit with a peanut allergy.
“It’s just something I’ve always wanted to do,” Ryan said. “I was on top of the world. I was going to fulfill my dream. I was going to make a difference like I always wanted to. The next day I got disqualified.”


Click to visit sponsor
Ryan, not about to give up on that dream, endured six months of peanut oral immunotherapy (OIT) and can now consume 16 peanuts without a reaction. As long as he sticks to his maintenance regimen of consuming peanuts, Ryan is protected from accidental exposure.
“I’m not taking no for an answer,” Ryan said.
He has reapplied and is awaiting word from the Marines. The Corps has agreed to review his case.
See the KHOU-TV interview with Ryan and his allergist here:
Source: ‘I’m not taking no for an answer:’ Teen overcomes peanut allergy to join Marines – KHOU-TV
Print or share this article
Print
Mail
Tweet
Plus
Share
Share
Facebook
Twitter
Pinterest
Linkedin
WhatsApp
ReddIt
Mix
Email
Print
Click to visit sponsor
Previous articleUsing Mice, Duke Researchers Identify How Allergic Shock Occurs So Quickly
Next articleEm Lee Has a Message for Airlines We Think You Should Hear