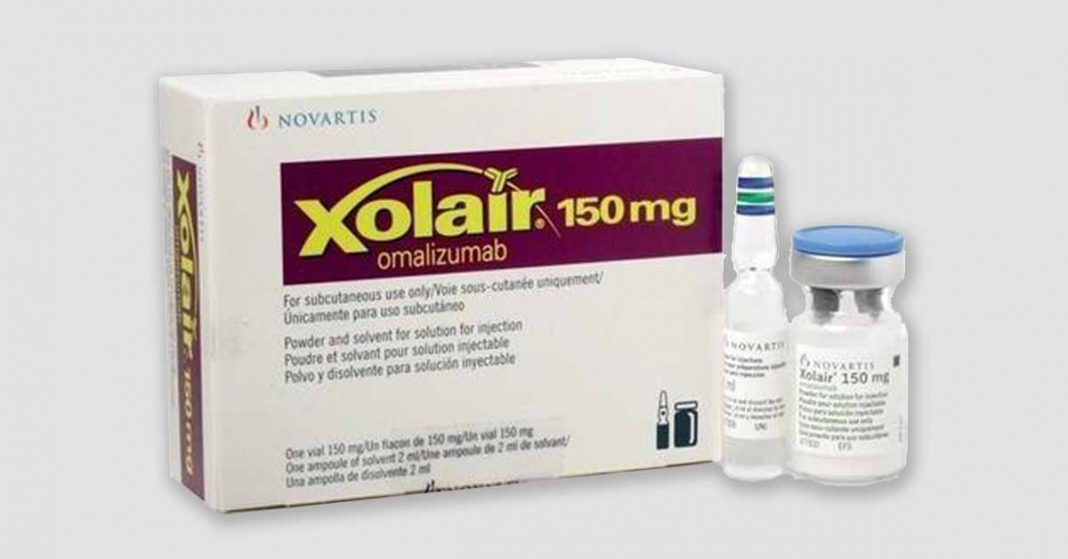 Researchers from the Pediatric Hospital Bambino Gesù in Rome conducted a small study of 15 children who were being treated with Omalizumab (sold under the trade name Xolair) for severe asthma and who were also determined to be anaphylactic to two or more foods.

They tested the children’s tolerance for those foods before and after a four month treatment with the antibody. They also recorded the children’s asthma control and quality of life using a model known as PedsQL.

The results were impressive: the 15 children – who together were allergic to 37 foods – had their eliciting dose for milk, egg, wheat, and hazelnut rise an average of seven times. The eliciting dose is the amount of food that must be consumed to elicit an allergic reaction.

Furthermore, patients reached full tolerance for 70.4% of the tested foods, which were reintroduced to the patients’ diet without the need for oral immunotherapy while the remaining foods were partially tolerated.

The number of reactions to unintended ingestion of allergenic foods over the 4 month treatment period dropped from 47 to 2, and the mean quality of life measurements rose over 40% according to both parent and patient reporting due to better asthma control and reduction of dietary restrictions.