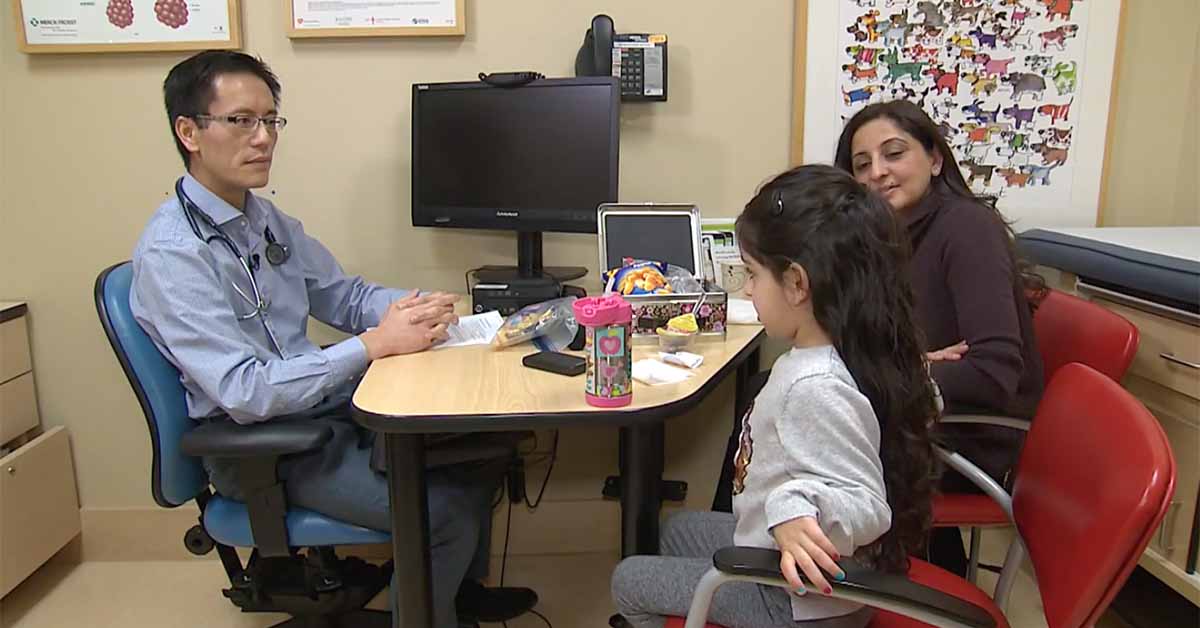 New data published this week in the Journal of Allergy and Clinical Immunology: In Practice suggests that oral immunotherapy is safe for preschool-aged children with peanut allergies.

See video from University of British Columbia related to study:

The research, led by scientists and pediatric allergists at the University of British Columbia and BC Children’s Hospital, is the first to demonstrate the safety of peanut oral immunotherapy for a large group of preschool-aged children when offered as routine treatment in a hospital or clinic rather than within a clinical trial.

“Although there have been many clinical trials of peanut oral immunotherapy in older children, and one trial in preschoolers, there has been a lack of real-world data due to safety concerns of offering this treatment to preschoolers outside of a research setting,” said Lianne Soller, the study’s lead author and allergy research manager at BC Children’s Hospital. “But our findings confirm in a real-world setting that this treatment is not only safe but is well-tolerated in a large group of preschool-aged children.”

Oral immunotherapy (OIT) is a treatment protocol in which a patient consumes small amounts of an allergenic food, such as peanut, with the dose gradually increased to a determined maximum amount. The goal typically is to reach desensitization, where a patient can ingest more of the allergenic food without triggering a dangerous reaction—protecting them in the event of accidental exposure. Patients must continue to consume a determined amount of the allergen regularly as maintenance.

Allergists from across Canada followed 270 children who were given OIT for peanut allergy from April 2017 to November 2018. Children were between the ages of nine months and five years, and all were required to have a convincing diagnosis of peanut allergy made by an allergist.

Children were seen by a pediatric allergist in a community or hospital clinic approximately every two weeks, where they were fed a peanut dose that gradually increased at every visit. Parents also gave children the same daily dose at home, between clinic visits, until they reached a maintenance dose of 300 mg of peanut protein over eight to 11 clinic visits.

Symptoms and treatment of allergic reactions at clinic visits and at home, including epinephrine use, were recorded in the patient’s medical chart. Parents were also provided with instructions on how to manage at-home allergic reactions, when to administer epinephrine, and when to hold off on an OIT dose, such as during a severe cold or flu.

The researchers found that 243 children (90 per cent) reached the maintenance stage successfully, while 27 children, or 10 per cent, dropped out. Reasons for dropping out included repeated allergic reactions, the child refusing to consume the daily dose, and parental anxiety. It took an average duration of 22 weeks of oral immunotherapy for patients to reach the maintenance stage.

Although nearly 68 per cent of preschoolers experienced at least one allergic reaction during the build-up phase, the researchers found the majority of reactions were mild (36.3 per cent) or moderate (31.1 per cent). Only 0.4 per cent of children experienced a severe reaction and 11 children (four per cent) received epinephrine.

This study’s findings build on a 2017 randomized clinical trial of 37 preschoolers receiving OIT. None of the children involved in that study experienced a severe reaction. However, the smaller study may have been too small to enable detection of a severe reaction, which the researchers believe may account for the 0.4 per cent experiencing severe reactions in this new study.

“The goal of our project was to confirm the safety of preschool peanut OIT in a much larger sample of patients in the real world,” said Dr. Edmond Chan, the study’s senior author. “We were impressed that among over 40,000 doses of peanut that were administered, only 12 resulted in reactions requiring epinephrine.”

Chan, a pediatric allergist who is also the head of the division of allergy and immunology at UBC and a clinical investigator at the BC Children’s Hospital, said he hopes the findings provide guidance to health-care practitioners treating preschool children in their clinics.

“Many allergists do not believe OIT should be offered outside of research settings, and have not routinely offered it as a therapy for peanut allergy in their clinics due to safety concerns,” he said. “We hope that our data demonstrates that the treatment is safe in preschoolers, and could be offered to families of preschool children with peanut allergy who ask for it. There appears to be a big difference in outcomes in preschoolers compared to older children.”

‘Having a child with serious allergies can be very socially isolating’

Ravinder Dhaliwal’s daughter Saiya was one of the patients offered OIT as part of this research. At 10 months old, Saiya broke out in hives when she tried peanuts for the first time. As a pediatric nurse, Dhaliwal immediately knew her daughter likely had a peanut allergy. Further testing confirmed Saiya was allergic to peanuts along with many tree nuts.

Last year, Saiya received OIT for peanut allergies with Chan at BC Children’s Hospital. She responded well to the treatment, even asking Chan to put her on an accelerated schedule, and he agreed because she was responding so well.

“Saiya shows why OIT works so well in preschoolers,” said Dhaliwal. “She’s very fortunate to have never had an anaphylactic reaction to peanut, so she has no fear or anxiety. She was excited to go through the program. She’d ask me all the time, ‘when can I eat a peanut butter sandwich?’”

Now five years old, Saiya is also in the final stages of OIT for tree nuts, for which there is even less experience in clinical practice.

“It blows my mind to think about how far we’ve come,” said Dhaliwal. “Having a child with serious allergies can be very socially isolating. Now we can go to potlucks, we can go to restaurants, we can go to friends’ houses, and we don’t have to worry about accidental exposure. It’s been very freeing.”

‘We don’t have to live in fear anymore’

Clementine Cheng knew her daughter Tryphaena was at a high risk for food allergies because her older child had serious allergies to peanuts and tree nuts. When Tryphaena developed hives after eating a granola bar when she was a year old, Clementine’s concerns were confirmed.

“I didn’t have much hope,” said Cheng. “I assumed she’d be allergic for the rest of her life.”

More than a year ago, Tryphaena, now six, started the OIT program at BC Children’s Hospital and has responded well. Soon, she’ll have one more test of eating a large amount of peanuts in the clinic (an oral challenge) to see if she reacts. If she doesn’t, she’ll be considered fully desensitized to peanuts.

“It’s very emotional to see your child ingesting nuts without having a reaction,” said Cheng. “It’s been really exciting to be able to offer her different foods without worrying about an accidental exposure. We don’t have to live in fear anymore.”

Future goals of the research

The data were collected as part of a Canada-wide collaboration between allergy researchers and community allergists called the Canadian Preschool Peanut Oral Immunotherapy (CPP-OIT) project.

The group now hopes to investigate the long-term safety and efficacy of peanut OIT desensitization and sustained unresponsiveness for patients who choose to stop daily peanut OIT.

We culled information from a number of CDC resources to provide this FAQ.
Read more