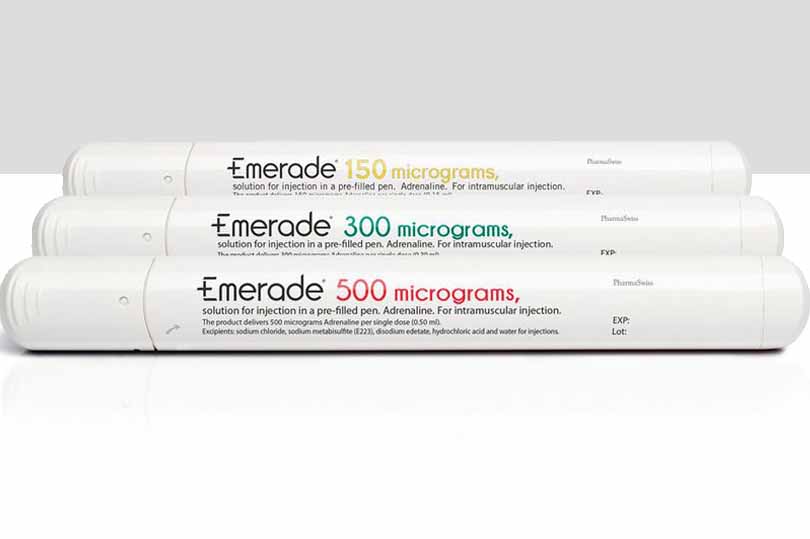 The UK Medicines and Healthcare products Regulatory Agency (MHRA) has issued a warning regarding Emerade brand epinephrine auto-injectors which are not available in the US. The defect can cause the needles to be blocked and not deliver epinephrine when needed. It is suspected the defect can effect as many as two in every 1,000 devices.

The manufacturing fault was originally discovered in June, 2018 during routine product testing by Bausch & Lomb, the device’s manufacturer. At the time, it was thought the defect would rarely affect the operation of the device, perhaps 1.5 in every 10,000. After more testing, the company now estimates as many as 2.3 devices per thousand will fail.

The MHRA announced that: “Healthcare professionals should contact all patients, and their carers, who have been supplied with an Emerade device to inform them of the potential defect and reinforce the advice to always carry two in-date adrenaline auto-injectors with them at all times.”

The agency declared the manufacturer had implemented “corrective actions”, and devices manufactured under new procedures will come to market this month.

Although the agency has issued a warning, a recall cannot be instituted because of a shortage of the devices.

Three brands of epinephrine auto-injectors available in the UK: Emerade, EpiPen — which has also been subject to shortages due to manufacturing difficulties — and Jext.

Regardless of where they reside, we urge our readers with food allergies to take two epinephrine auto-injectors along everywhere… every time. Not only is the second dose critically important should the first be insufficient to halt the progression of anaphylaxis, but auto-injectors are complex devices that are subject to mechanical failure in rare cases. It is important to be prepared for any eventuality.