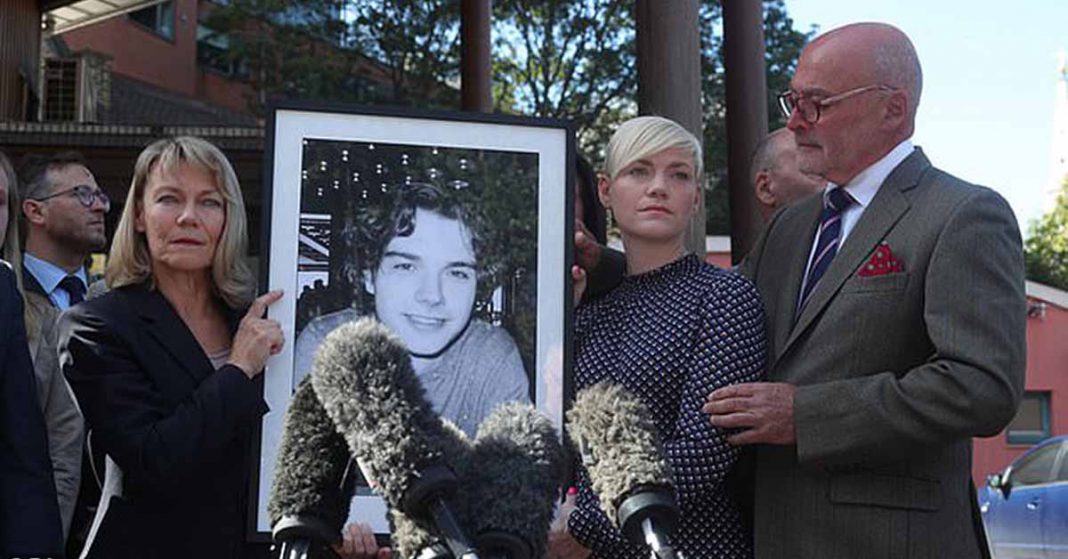 The inquest into the death of Owen Carey, who had just turned 18 and was celebrating his birthday in 2017 when he collapsed and died in his girlfriend’s arms, concluded last week.

A written statement by assistant coroner Briony Ballard left no doubt as to the cause of Owen’s death:

The deceased died from a severe food-induced anaphylactic reaction from food eaten and ordered at a restaurant despite making staff aware of his allergies.

The menu was reassuring in that it made no reference to any marinade or potential allergenic ingredient in the food selected.

The deceased was not informed that there were allergens in the order.

The restaurant the coroner was referring to was Byron Burger, a local outlet where Owen and his girlfriend had eaten earlier that day.

He was only just turned 18 and was in fact out for a birthday treat with his girlfriend on the 22 April 2017 when he unknowingly ingested an ingredient, buttermilk, to which he was allergic, suffering a severe anaphylactic collapse and died.

My conclusion is that Owen did explain he had allergies and that he was allergic to dairy and wheat to the member of staff who served his table.

From the point of order I conclude Owen ordered and was served food which unbeknownst to him contained an allergen, dairy.

Following the conclusion of the inquest, Thomas Jervis, the family’s lawyer, issued the following statement from the steps of the courthouse:

Owen was reassured by the description of the chicken which did not mention any marinade or additional ingredients.

The food regulations relating to allergy information are clearly not fit for purpose.

It cannot be right that there is such room for human error on an issue that can be fatal.

There are millions of people in the UK who suffer from food allergies, and it is only right that they are able to make fully informed decisions about the food that they eat.

The Carey Family followed with an impassioned plea for tighter regulations regarding the disclosure of allergens at eateries. Watch the video from the Daily Mail here:

We at SnackSafely.com advocate full disclosure of ALL ingredients on restaurant menus so patrons with food allergies can determine whether their allergens of concern are ingredients of the dish they are considering as well as whether those allergens are present in other dishes.

We believe the more complete the disclosures provided on the menu, the better patrons with food allergies can engage with restaurant management and staff to determine their confidence that the establishment can accommodate their allergies safely.