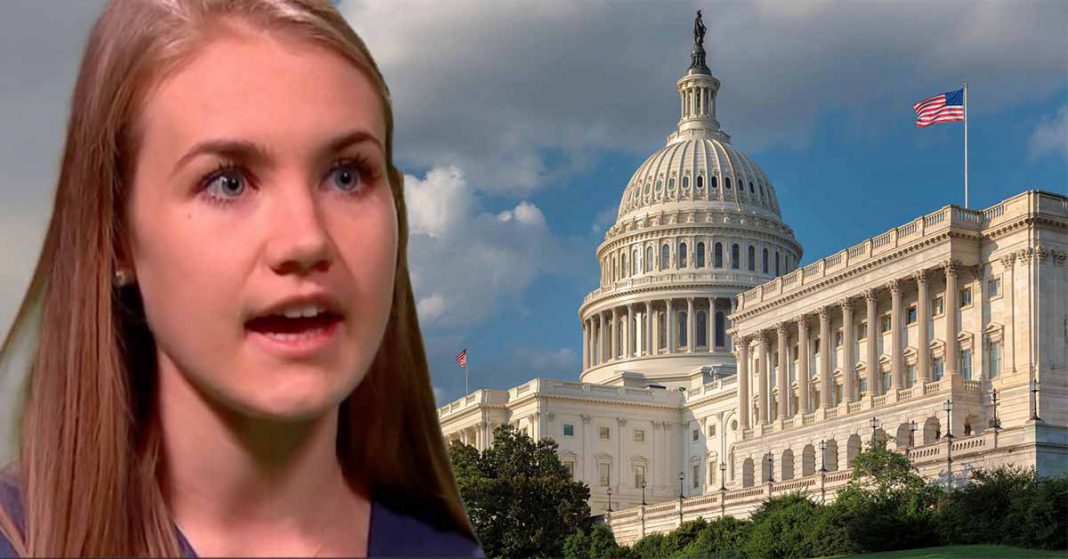 Last spring, Alexa Jordan, was heading home to Chicago after completing her freshman year at Harvard University. She purchased a salad at Boston’s Logan Airport and boarded her Southwest airlines flight.

“Even the smallest amount, I can have a fatal reaction,” she said.

She asked for Benadryl and an epinephrine auto-injector and was informed the staff had neither.

“Really, I was terrified,” she said. “I was going into anaphylaxis at 35,000 feet in the air—it’s truly like the worst nightmare to be locked in a metal tube.”

Ms Jordan — who back in June started a petition for legislation to mandate that airlines maintain stock epinephrine auto-injectors on-board all flights and teach flight staff how to administer the devices which has garnered over 145,000 signatures to date — has taken her campaign to Washington.

She appeared before congressional staffers Thursday at the invitation of Senator Tammy Duckworth, D-IL, to describe the incident.

“Not only am I looking to have autoinjectors on airplanes,” Alexa Jordan told NBC 5. “I really believe there needs to be a heightened level of training for these allergic reactions that are occurring.”

This is really important because when you’re in an aircraft, you can’t go anywhere. You’re trapped, ambulances can’t get to you, so you need to be able to access the life-saving medication that should be in these on-board medical kits.

We at SnackSafely.com applaud Ms Jordan’s efforts and call for legislation mandating stock epinephrine be kept aboard all flights for just such an emergency.

32 million Americans are estimated to suffer from food allergies, and severe, life-threatening reactions can be triggered by the slightest trace of an allergen. In some cases, the victim may not know they are allergic and find themselves on an airplane, in a restaurant, or at a public venue where epinephrine, the only drug able to halt the progression of anaphylaxis, is not available.

We encourage you read and sign Ms Jordan’s petition by clicking here.