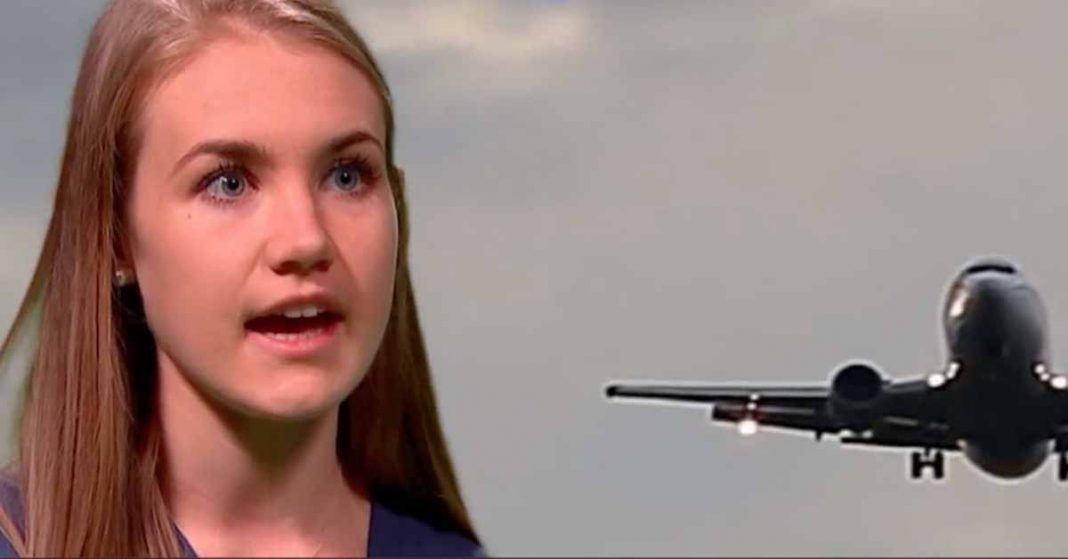 She suspected her salad had had cross-contact with cashews.

Luckily, Alexa had brought her own auto-injector with her, but only a single dose. She was checking if an additional auto-injector was on-board because she knew that a second dose was often needed to stem the progression of anaphylaxis.

“Really, I was terrified,” she said. “I was going into anaphylaxis at 35,000 feet in the air. It’s truly like the worst nightmare to be locked in a metal tube.”

Jordan told the flight attendant she was going to the lavatory to administer her epinephrine and there she became ill and spent the remainder of the flight.

She claims the flight attendant checked on her twice throughout the flight and suggested she lock the door, a dangerous proposition if she had lost consciousness.

Southwest disputes Jordan’s recounting of events. In an e-mail to her father, a representative of the airline asserted:

Despite their repeated offers to assist, Alexa said she did not need further assistance.

“They said they offered me an EpiPen — they did not,” said Jordan. “They did not even tell me there was epinephrine on the plane.”

A Southwest spokesman later confirmed the epinephrine carried aboard “is the ‘medical-grade’ version (needle, syringe) required by the FAA and that which requires medical oversight/recommendation.”

Jordan started an online petition for legislation to mandate that airlines maintain stock epinephrine auto-injectors on-board all flights and teach flight staff how to administer the devices. As of Wednesday, the petition had received over 12,000 signatures. Read and sign the petition by clicking here.

“If I can help make a change this is where it needs to happen,” she said. “Auto-injectors need to be on planes.”

See the report by WMAQ-TV here: