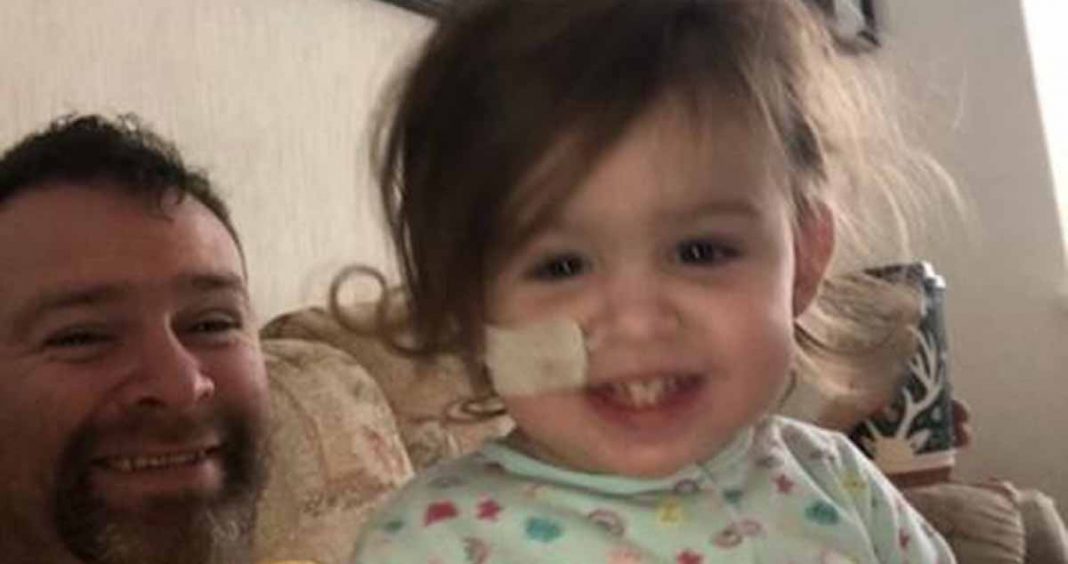 A two-year-old Hartlepool, UK girl and her twin sister were sent for routine food allergy testing by their pediatrician for their intolerance to dairy.

The girls had blood drawn at the nearby university hospital. Hours later, Poppy Lancaster’s parents received a call urging them to rush their daughter to the hospital as she was suffering from end-stage kidney failure.

Poppy and her mother were taken by ambulance to a hospital in Newcastle where she was scheduled for surgery so she could begin dialysis the following morning.

After a five-plus week stay in the hospital, doctors determined that Poppy’s kidneys had not formed properly and were not functioning the way they were supposed to.

It’s very hard to imagine how poorly she actually is because Poppy is generally such a very happy and active little girl.

With her condition, she should be tired all the time, but she only gets tired when it’s bedtime!

The goal is to get her a new kidney because that’s what she needs.

What keeps me going is how amazing Poppy is and how she deals with it. She doesn’t let anything affect her and takes it all in her stride.

Poppy will be added to the kidney donor list after preparation and testing concludes she is ready for a transplant.

Mr Lancaster will be participating in a half-marathon to benefit Kidney Research UK in honor of Poppy. To donate, visit his GoFundMe page at Gav’s 40th Birthday Half Marathon Walk for Poppy.