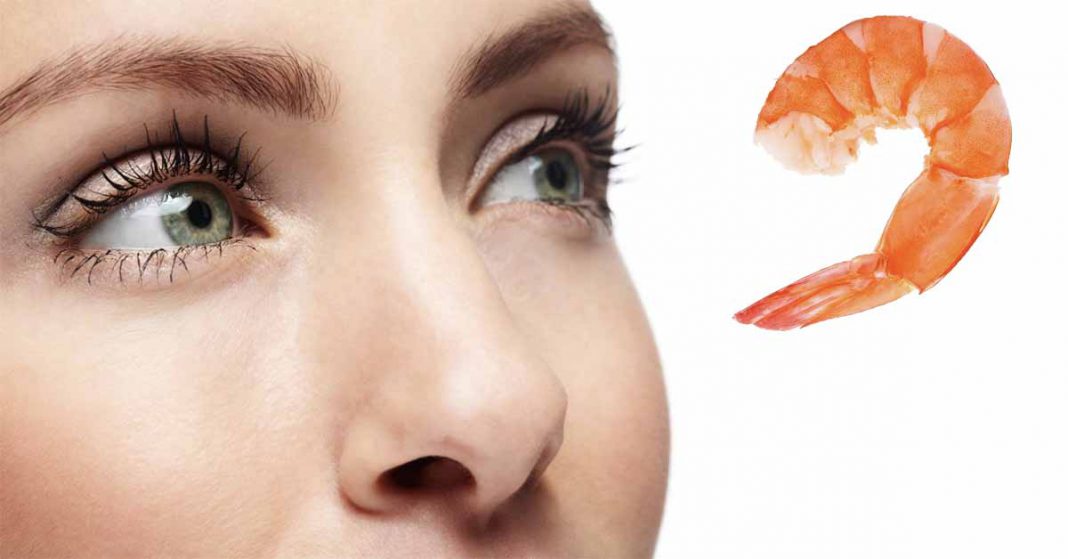 Oral Food Challenge (OFC) is considered the gold standard and only truly reliable way to test for food allergy today. During the challenge, the patient is given increasing amounts of an allergen until they either react or reach the endpoint.

The problem with OFC is that it often results in allergic reactions and for some, full-blown anaphylaxis. While considered safe, the test can be fraught with worry for the patient who may react severely and require epinephrine and other interventions.

Now comes news of a new test for shrimp allergy that avoids severe reactions, provides 90% sensitivity and 89% specificity, and has a positive predictive value of 90%. The catch: it’s administered via a swab to the nose.

The shrimp nasal challenge test was described in a live presentation at the online FAAM-EUROBAT Digital meeting by Sònia Gelis, PhD candidate, University of Barcelona, Spain.

“With our test, symptoms went away with no antihistamines or corticosteroids even in participants that had a reaction,” said Gelis.

In an interview with Medscape last week, Gelis explained:

We don’t normally do an oral food challenge for shrimp — it’s expensive and can lead to anaphylaxis. Most patients who are sensitized simply avoid it.

Gelis asserts that the new test would provide proof of who is sensitized to shrimp, who is allergic, and who is not allergic, offering patients a better understanding of their status and tolerance.

The Barcelona team enrolled 44 participants who were all confirmed to be sensitized to shrimp after a positive skin prick test. Of the group, 20 were determined to be sensitized but tolerant and 22 were allergic. Two participants from each group were eliminated after reacting to the saline solution that was presented as a baseline challenge.

Each member of the group received three successively greater concentrations of shrimp extract in dilutions of 1:100, 1:10, and 1:1.

“We continued the challenge with a higher concentration each time if there was no reaction. The last challenge was not diluted,” Gelis said.

The investigators used acoustic rhinometry, a technique where sound waves are used to determine changes to the shape of the nasal cavity, as well as visual inspection after each swab.

The test proved safe. Priuritus (itch) and stuffy nose were common reactions, “but those symptoms disappeared within 15-45 minutes,” said Gelis.

“Thus we see that only the really allergic have a local inflammatory reaction,” Gelis said. “We established that the nasal challenge is both quick and safe.”

The entire test took four hours, significantly less than the typical oral food challenge which can be an all-day or multi-day affair.

The research team is currently employing the nasal test at the University of Barcelona hospital. “The next step will be to make this test available to more people and other centers. It has the potential to help diagnose shrimp allergy around the world,” Gelis said.

Shrimp is a main trigger of food allergy estimated to affect 5.4% of the population. “But we can’t prove how bad it is. We can’t do a food-challenge diagnosis because we don’t have the resources,” said Gelis, referring to the fact that without a safer and easier to administer test, it is impossible to determine which patients are shrimp-allergic from those who are merely sensitized.

With more study, the new test has the potential to change that fact.