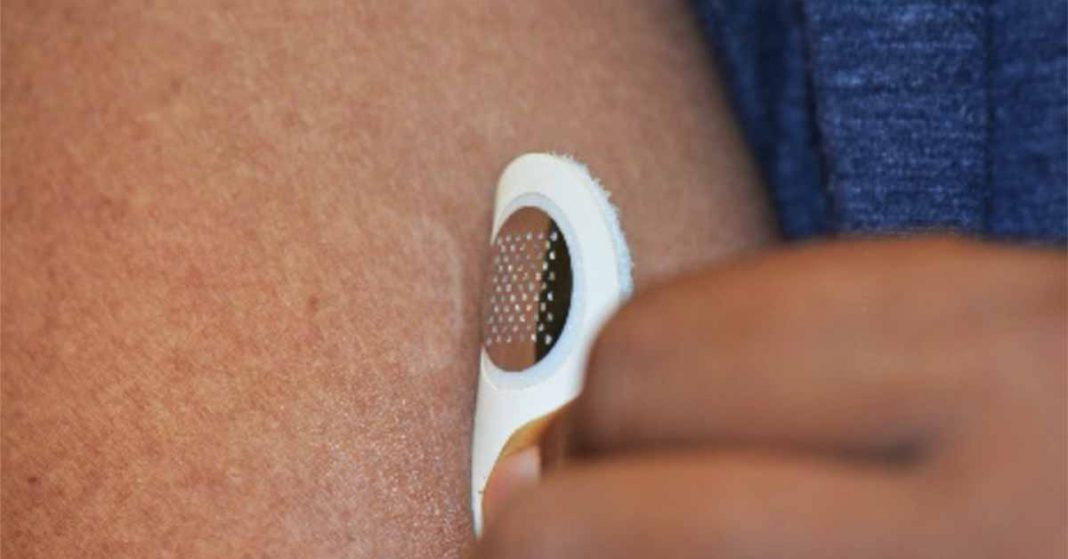 As we wait to see if DBV Technology’s much-delayed Viaskin Peanut patch ever receives FDA approval, a study involving a new type of epicutaneous immunotherapy (EPIT) patch was recently published.

Unlike the Viaskin patch which uses moisture emitted from the skin to solubilize peanut protein which then condenses and is absorbed, the new patch developed by Moonlight Therapeutics is covered in tiny microneedles that deliver the target protein directly to the top layer of skin.

The microneedle patch is meant to be applied for less than five minutes in contrast to the Viaskin candidate which must be worn for 12 hours or longer. Concerns about patch adhesion have delayed FDA approval of the Viaskin Peanut therapy indefinitely.

In the study published in the Journal of Allergy and Clinical Immunology, two doses (5 μg and 12.5 μg) of peanut protein-loaded microneedle patches were administered once weekly for three weeks to mice. The mice were then bled one week following the final patch application to allow peanut-specific immunoglobulins to be quantified.

As told to MedicalResearch.com, the researchers claimed:

Our testing in mice demonstrated that three applications of low doses of peanut proteins (5 µg) once per week induced peanut-specific antibody responses. Additionally, we performed a study demonstrating that the major peanut allergen, Ara h 2, was not found in blood serum 45 or 120 minutes post-microneedle application, whereas an equivalent dose of peanut protein given by subcutaneous injection led to much higher levels of Ara h 2 in circulation.

Summarizing their findings, the researchers reported:

Microneedle patches loaded with peanut proteins were able to induce robust immunologic responses in mice using low doses of peanut protein. Unlike subcutaneous injection of peanut proteins, delivery of peanut proteins via microneedles resulted in nearly undetectable levels of allergen in systemic circulation. These findings tell us that this novel microneedle based approach has the potential to generate a positive immune response that may not lead to severe systemic allergic reactions. If this profile translates across to humans, this could be an approach that would allow for a safe, and convenient way to desensitize people to peanut and other food allergies.

The company’s first therapeutic is designed for peanut allergy with therapies for other allergens to follow.