Chemical in Sunscreens and Beauty Products Degrades into Carcinogen Known to Cause Hives, Anaphylaxis 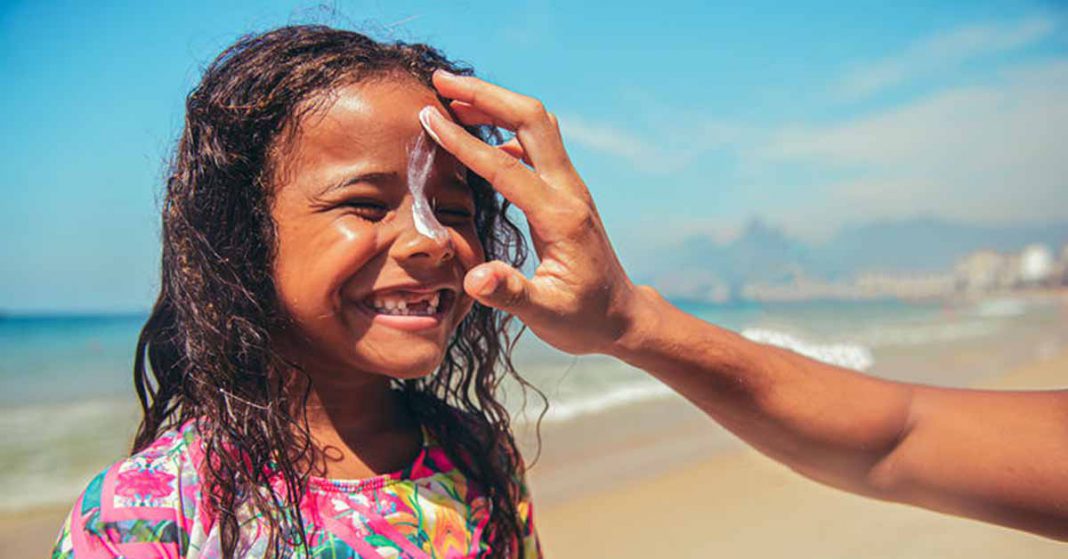 New research shows that octocrylene — a common ingredient in sunscreens, anti-aging creams, shampoos, hair conditioners, and hair sprays — naturally degrades into the toxic chemical benzophenone that is a known carcinogen and endocrine disruptor.

In a study published in the journal Chemical Research in Toxicology by French and American researchers at Sorbonne University and Haereticus Environmental Laboratory, researchers showed that concentrations of benzophenone in over a dozen common products quickly increase as the product ages.

Both octocrylene and benzophenone are readily absorbed into the skin. Dermal absorption of benzophenone may exceed 70% based on topical studies conducted in the 1990s — a strong argument for regulatory prohibition of this chemical in perfumes and other topical products.

Octocrylene has not met U.S. Food & Drug Administration’s criteria for safety or effectiveness and accumulating science indicates that it may act as a reproductive toxicant as well as a metabolic and endocrine disruptor. That octocrylene products are tainted by benzophenone questions the overall safety of these products for public use. In 2019, almost 3,000 commercial products sold in the United States contained octocrylene.

Dermatologist, Dr Sharyn Laughlin, is gravely concerned regarding the far-reaching consequences of this study: “Benzophenone is still the worst offender in causing contact dermatitis, and may induce uticaria and anaphylaxis. Absorption of both chemicals through the skin poses a potential threat to toxicities and diseases of other organs.”

Benzophenone is listed as a carcinogen and developmental disruptor under California Proposition 65. In mammalian-model studies, benzophenone exposure quickly gave rise to liver cancers and lymphomas. Benzophenone can also act as a photo-mutagen; in the presence of light, it increases the rate of DNA lesions, thus increasing the risk of skin cancers.

Octocrylene, by itself, has demonstrated reproductive-developmental toxicities, as well as endocrine disrupting action. Octocrylene can act as a metabolic toxicant in corals, potentially decreasing the resiliency of coral reefs to climate change. Monsanto Chemical Company patented benzophenone as an herbicide in 1954, acknowledging the threat that octocrylene-based products polluting the environment could induce lower thresholds of coral bleaching because of benzophenone contamination.

Octocrylene can be removed from personal care product formulations. “It is a challenge to formulate aesthetically pleasing and effective sunscreens without using endocrine disrupting chemicals, but it can be done,” said Autumn Blum, CEO of Stream2Sea. “It is possible that major manufacturers and ingredient suppliers can pay attention to the science that clearly shows the danger, and that industry needs to invest in the innovation necessary to develop products that are safe for consumers and ecosystems.”

Octocrylene has been banned in sunscreen products in places like the U.S. Virgin Islands, the Republic of the Marshall Islands, and was first banned in the Republic of Palau. President Tommy Remengesau, Jr., who signed the ban into law states, “Palau identified an emerging environmental threat that is uniquely tied to tourism: sunscreen use in outdoor recreation. Precautionary governance of these chemicals and other contaminants of emerging concern is not only good policy, but also a manifestation of a traditional Pacific paradigm of conservation management. We should demand intensive, independent studies on the safety of all the chemicals used in personal care products, and emerging research like this further strengthens that imperative. Science has to come first, we cannot gamble with environmental health.”