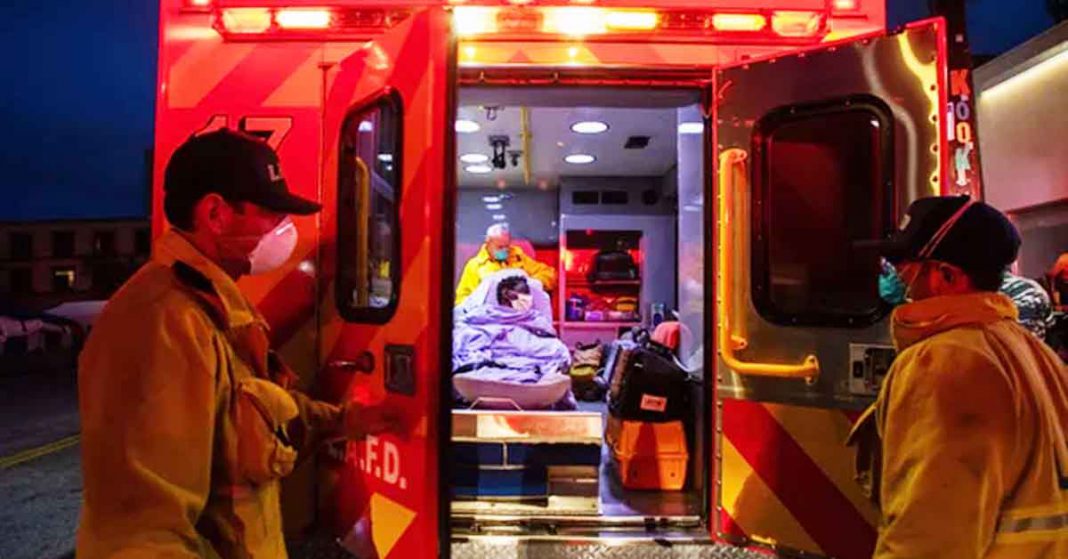 According to the Mayo Clinic, anaphylaxis is a severe, potentially life-threatening allergic reaction that can occur after exposure to an allergen such as a food, insect venom, or environmental allergen. It causes the immune system to release a flood of chemicals that cause shock, where blood pressure drops suddenly and the airways narrow, blocking breathing.

Briggs states unequivocally that anaphylaxis remains underreported and undertreated, and that emergency medicine still gets it wrong despite treatment being straightforward.

In his piece, Briggs maintains that:

Steroids are one example of controversial treatments, the smoke and mirrors often given for anaphylaxis, where epinephrine is downplayed, and other adjunctive medications are incorrectly emphasized.

He goes on to say that glucocorticoids are typically given to anaphylaxis patients to prevent biphasic reactions ostensibly by reducing inflammation, but that a systemic review published in 2020 in the Journal of Allergy and Clinical Immunology determined they do not do so and might even increase the incidence of such reactions in patients under 18 years of age.

The National Institutes of Health defines a biphasic reaction as “the recurrence of anaphylaxis symptoms within 72 hours of the initial anaphylactic event without re-exposure to the trigger. They occur in about 5% of anaphylaxis incidents.

Briggs is emphatic in the assertion that:

Glucocorticoids have no role in anaphylactic patients who respond well to epinephrine and are discharged from the ED. They have a role in patients who are being admitted, have angioedema, or have bronchospasm from asthma, but these are a minority of patients. Most anaphylactic patients are discharged. Glucocorticoids are not harmless. Even a short “burst” course has been associated with pneumonia, gastrointestinal bleeding, and sepsis five to 30 days after treatment.

What then, should first-line treatment of anaphylaxis entail? Briggs makes it absolutely clear: administration of epinephrine.

In the section entitled “Look Behind the Curtain”, Briggs lays it out for his colleagues:

One of the most common causes of anaphylactic fatality is delayed epinephrine administration, for good reason. We are guilty of muddying the waters on anaphylaxis when it should be straightforward. Patients are given adjunctive medications like H1 blockers (cetirizine 10 mg or diphenhydramine 25 mg IV) and H2 blockers (famotidine 10 mg IV) countless times, but epinephrine is delayed, underdosed, or not given. None of the adjunctive medications reduces mortality or relieves airway obstruction caused by anaphylaxis. You can give these medications for symptom management, but never let them take precedence over life-saving epinephrine.

No absolute contraindications for using epinephrine exist. It is the only medication that effectively treats anaphylaxis and reduces mortality. It has less reported side effects than glucocorticoids when dosed appropriately. Common side effects include mild anxiety, restlessness, palpitations, and headaches. A theoretical risk of worse adverse effects exists in those with cardiac disease, but the risk of anaphylaxis unmasking coronary ischemia and worsening end-organ perfusion is certainly more pressing.

We need to stop the games when it comes to anaphylaxis and concentrate on the only treatment that works. The standard of care is 0.01 mg/kg IM epinephrine for patients of any age, with a max dose of 0.5 mg per single dose. Epinephrine is the only drug that addresses all the pathologic components of anaphylaxis. We are being fooled by a cheap magic trick. Steroids may seem mystical, but they are just smoke and mirrors when we delve into the evidence.

While this is important advice for the medical professionals who await you at the emergency department, it also reinforces the premise that early administration of epinephrine leads to better outcomes.

The American Academy of Pediatrics made it absolutely clear in their clinical report entitled “Epinephrine for First-aid Management of Anaphylaxis” published in 2017:

But epinephrine can’t help you if you don’t have it on hand, so make sure to take two epinephrine auto-injectors along everywhere, every time.