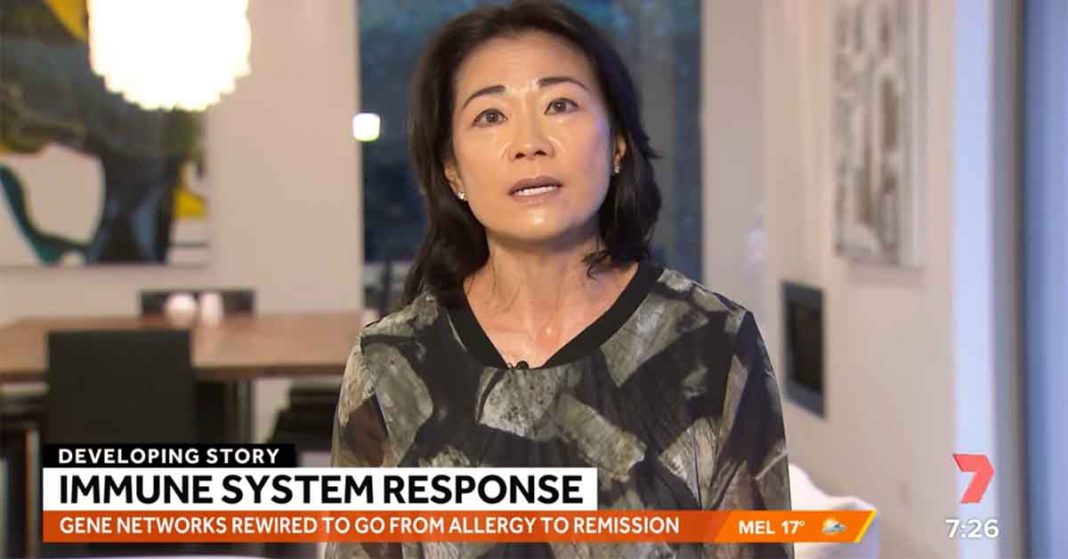 As we reported week, researchers from the Murdoch Children’s Research Institute reported success using oral immunotherapy combined with probiotics to drive peanut allergy into remission. But what is the difference between remission, where the patient is no longer considered allergic to a specific allergen, and desensitization, where the body no longer reacts to small amounts of the allergen such as may be introduced via cross-contact but the patient must remain vigilant?

The same researchers led by Professor Mimi Tang developed a study to answer that very question. Their findings may have unlocked a new realm of research into driving all food allergies — not just to peanuts — into remission.

The immunological changes leading to remission of peanut allergy were largely unknown. Previous studies had mostly focused on examining the levels of gene expression, without also exploring how genes interact with each other. But genes don’t work in isolation; instead, biological responses are controlled by large numbers of genes communicating with each other, so it made sense to look at these interactions more closely.

What we found was profound differences in network connectivity patterns between children who were allergic and those who were in remission. These same changes were also seen when we compared gene networks before and after immunotherapy in the children who achieved remission following immunotherapy.

Certain changes in the allergen-specific immune cells, called Th2 cells, are critical to achieving lasting remission,” she said. Th2 cells are essential for generating allergen-specific antibodies and the development of food allergy. We found that the Th2 signaling that drives allergy is ‘turned off’ in children in remission.

Here is an interview with Professor Tang where she describes their breakthrough discovery on 7NEWS Australia: