Coming to an EV Near You: Batteries Made from Crustacean Shells 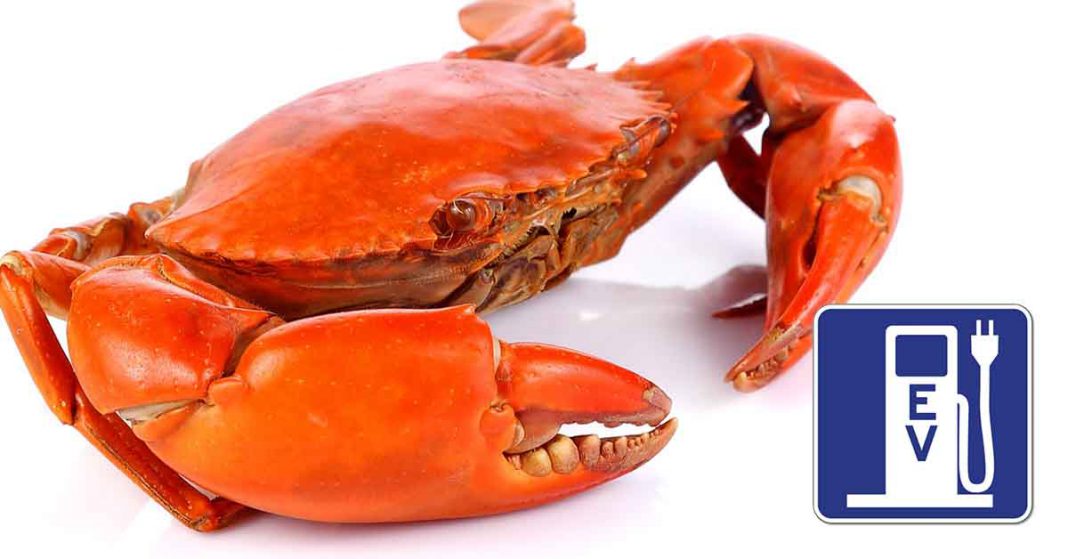 As the world transitions from cars powered by gasoline and diesel to electric vehicles (EVs), manufacturers will have to step up their production of batteries. The problem: today’s batteries are relatively expensive to manufacture and recycle and often use components that are dangerous to the environment.

Batteries generally need an electrolyte to ferry charged particles called ions which create the electric current that powers EVs, and these electrolytes are often made with corrosive chemicals. When toxic components like lead and lithium leak into the soil, they contaminate groundwater.

There is an ongoing effort on the part of researchers to find alternatives to make battery production cheaper, cleaner, and more efficient. That brings us to today’s story, another one where allergens find their way into everyday items.

Last month we reported on walnut shells being used to clean engines at your local garage, this time it’s crab shells to be used as major components in batteries.

Researchers from the University of Maryland and the University of Houston have been looking at an electrolyte made from crustacean shells that can help manufacturers take the next step in sustainable battery production. Their findings were recently published in the journal Matter.

Said professor Liangbing Hu, director of the University of Maryland’s Center for Materials Innovation and lead author of the study:

Vast quantities of batteries are being produced and consumed, raising the possibility of environmental problems. For example, polypropylene and polycarbonate separators, which are widely used in Lithium-ion batteries, take hundreds or thousands of years to degrade and add to environmental burden.

The researchers’ new and improved battery, utilizes a gel electrolyte made from chitosan.

The chitosan-Zn electrolyte derived from natural biomaterial (shrimp, crab, and so on) not only displays excellent performance in batteries but also releases the constituents back to the environment in a natural way.

What does this mean for people with allergies to crustacean shellfish, one of the “Top 9” allergens designated by the FDA?

We presume a sealed battery poses no danger to allergy sufferers until that seal is broken, as can happen during a collision, over time as battery components degrade, or when batteries are recycled for their components.

Will these new chitosan-derived electrolytes retain proteins that can trigger a reaction? Can they seep into and contaminate groundwater?

We hope to learn more as the technology is refined. Stay tuned.