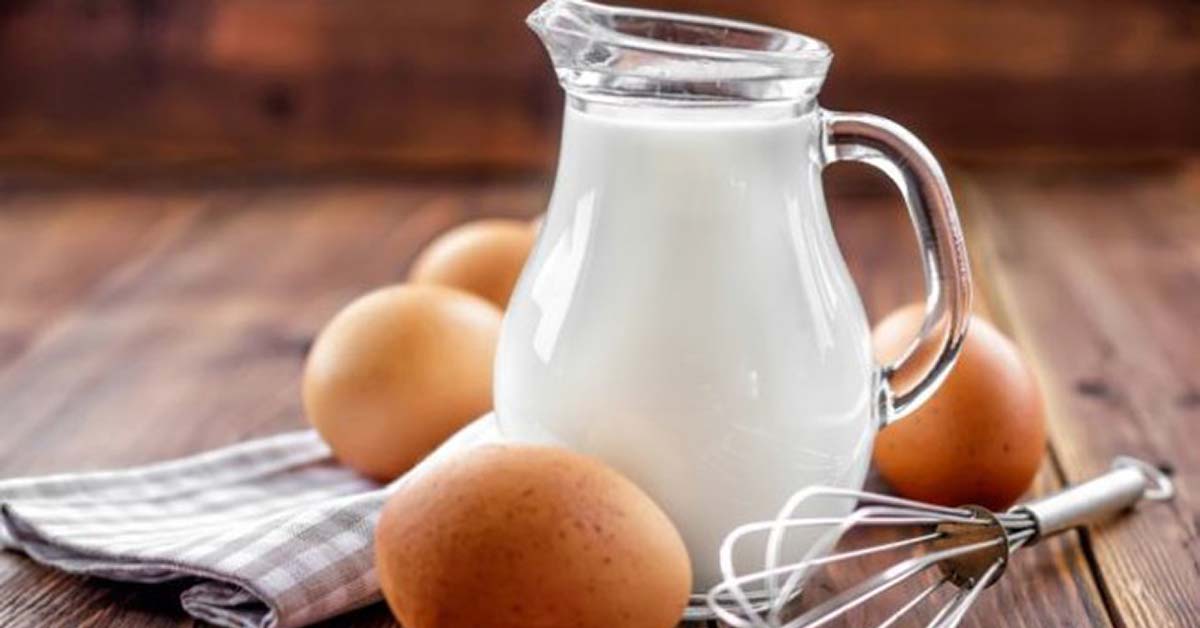 Although the main approach to coping with food allergies is to avoid the allergenic food, studies have suggested that for milk and egg allergens, consuming them in baked form may be tolerated by most children. However, a study published in the The Journal of Allergy and Clinical Immunology: In Practice shows that for the population of children that cannot tolerate milk or egg in baked form, they may experience significantly different allergic reaction profiles after consuming baked milk or egg.
“Studies suggest that about 70 percent of children allergic to fresh milk and uncooked egg are able to tolerate the baked form of these foods. For children with milk and egg allergies, being able to consume baked forms of these can make a big difference in their everyday lives,” said senior author Dr. Katherine Anagnostou, associate professor of pediatrics in the section of immunology, allergy and rheumatology at Baylor College of Medicine. “This gives the opportunity for an expanded diet, more nutritional benefits and improvement to their social interactions, and overall it helps better their quality of life because they do not have to worry about strictly avoiding every single form of egg or milk.”

For this study, Anagnostou and her colleagues looked at the cases of children in the United Kingdom who experienced a reaction during a food challenge to baked milk and egg; specifically, they wanted to determine whether there was any difference between the symptoms that occurred in the children and in the severity of the reactions. The reason a food challenge was needed is because there are not any good predictors of who would tolerate baked milk or baked egg before they were actually challenged. The food challenge remains the gold standard diagnostic tool for food allergies.
Parents of children in the study were provided a standardized recipe for cupcakes that contained either baked milk or baked egg. The families prepared the cupcakes and brought them to the challenge unit, a dedicated area within the hospital where researchers would then gradually administer increasing doses of the cupcake. If the children were able to eat the cupcake with no reactions, they were clearly not reacting to the baked form of milk or egg. However, if they had reactions then the challenge would stop and they would be treated.

The second important finding is that the severity of the reactions was different. The rates of anaphylaxis between the two groups were similar, but when researchers looked into the severity of anaphylaxis for the children in the baked milk group, they noted that all of the kids in this group required two doses of epinephrine to treat their anaphylaxis whereas in the baked egg group the symptoms resolved with a single dose of epinephrine.
Anagnostou acknowledges that although her team studied children that were based in the United Kingdom, this research likely is applicable to children in other Westernized countries with similar rates of food allergies including the United States. More studies are underway to further investigate these findings.
Other contributors to this work include Dr. Mohammad Al Enezi, Dr. Gideon Lack, and Dr. Adam T. Fox. The researchers are affiliated with one or more of the following institutions: Baylor College of Medicine, University of Alberta, King’s College, and/or Guy’s and St Thomas’ NHS Foundation Trust.
Sources:
Print or share this article
Print
Mail
Tweet
Plus
Share
Share
Facebook
Twitter
Pinterest
Linkedin
WhatsApp
ReddIt
Mix
Email
Print
Click to visit sponsor
Previous articleStudy: Immunotherapy Trials for Food Allergy Hold Strong Appeal for Parents
Next articleThe Verdict is In and Justice was Done