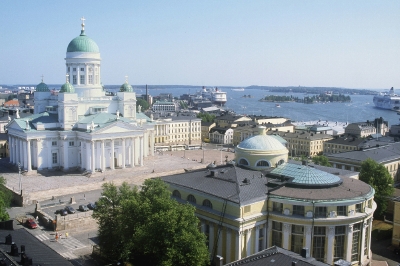 A newly published study conducted at the University of Helsinki confirms that people who grow up in rural environments are less likely to develop autoimmune and inflammatory diseases including allergies. The study suggests that this may be due to continued exposure to a wider variety of beneficial microbes that protect against inflammatory disorders.

Ilkka Hanski and his colleagues studied 118 teens chosen at random from a 100-by-150 kilometer area of eastern Finland, looking at the biodiversity of plant life surrounding the teens’ homes as well as the microbes on their skin. The area included a wide range of settings from rural farmland to large, urban towns.

The study found that the adolescents that were raised in forest and agricultural settings were less likely to develop allergies than their urban counterparts. In addition, the children from the more rural settings had a greater biodiversity of microbes surrounding their homes and living on their skin, including a class of bacteria called gammaproteobacteria. This class of bacteria, which includes Acinetobacter, has been associated with higher levels of anti-inflammatory markers in the blood and may be a key to training the immune system to ignore common allergens.

The study lends more credence to the hygiene hypothesis, which asserts that a lack of exposure to infectious agents, microorganisms and parasites in early childhood suppresses the natural development of the immune system and leads to a greater incidence of allergies.