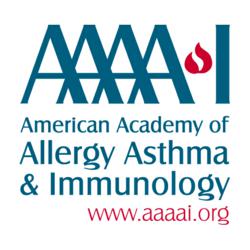 This update, published in the May 2013 issue of the Journal of Allergy and Clinical Immunology, represents the findings of an expert panel nominated by the two academies.

In summary, the panel reports:

Worth noting, the panel made this specific comment within the text of the report:

For food allergy, oral immunotherapy (OIT) and SLIT have been successful in inducing desensitization to allergens, such as milk, peanut, eggs, and hazelnut, in small clinical trials. With OIT, the majority of adverse reactions have been oral or pharyngeal, with up to 15% of subjects having signiﬁcant gastrointestinal side effects, but epinephrine use for more severe reactions has been reported. OIT and SLIT study protocols have only been conducted in highly controlled settings in which therapy for severe reactions was readily available. Neither OIT nor SLIT is recommended for widespread clinical use for food related allergy. For OIT and SLIT to become recommended as standards of care for food allergy, several facets of their use will need to be better deﬁned, such as the relative risks of therapy versus allergen avoidance, optimal dosing regimens, and appropriate patient populations.

It should be noted that OIT and SLIT are not FDA approved therapies at this writing.