Editorial: Ricky Gervais is an Idiot – NBC is No Better 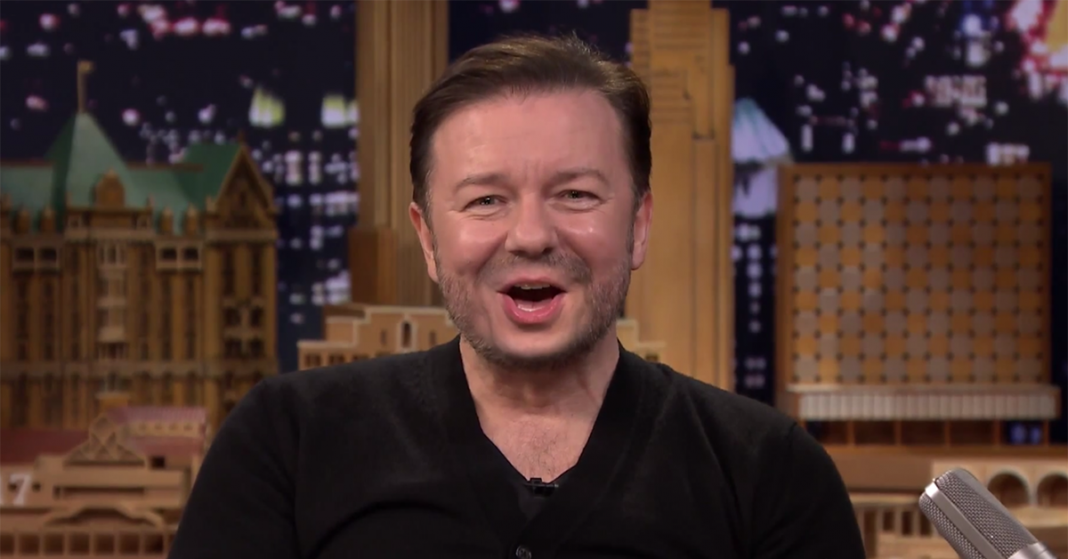 No doubt you’ve seen or heard about Ricky Gervais’ stint as a guest on The Tonight Show Starring Jimmy Fallon, where he tells the “comedic” story of how nuts weren’t available on his flight because a highly allergic passenger was aboard and how that wasn’t his problem. He riffed about rubbing nut residue all over his body before the next trip so when a passenger suffered an anaphylactic reaction, they wouldn’t know he was the cause.

While he makes a living being “irreverent”, we doubt Gervais would tell a story about feeding poison to the passenger with a physical disability that delayed the flight or quietly strangling a fellow passenger with a cognitive handicap because he was disturbing his first-class experience.

Why then, did he choose to denigrate a passenger with a severe food allergy that required a minor accommodation, like forgoing nuts on a flight?

Because Ricky Gervais is an idiot.

And because he’s an idiot who will simply dismiss this as a reaction from a group that is overly sensitive to his humor, we’ll address this to Stephen Burke, President and CEO of NBC instead: Once again, your network has shown insensitivity to the food allergy community, first on the Today Show, now on Tonight. Enough.

There is absolutely no need – or justification – for denigrating an entire class of people suffering from a life-threatening affliction that may someday claim your child or grandchild. We are all stricken with fear that the next reaction our loved one experiences may be fatal. Stop now.