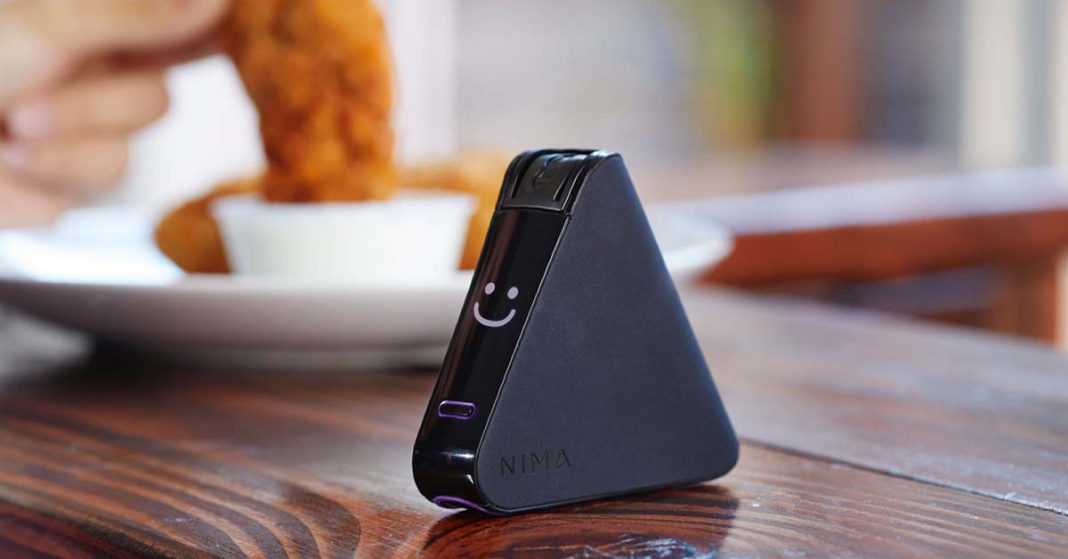 Nima, the company that markets a portable gluten detector, announced at the Consumer Electronics Show in Las Vegas that it has begun taking preorders for its upcoming peanut sensor, which it anticipates will ship later this year.
The peanut sensor looks nearly identical to the Nima gluten sensor, a small device that fits in a handbag. Testing for traces of peanuts works the same way: (1) a pea-sized sample of the food is placed into a test capsule; (2) the capsule is inserted in the device and the user presses the start button; (3) in a few minutes the device displays whether it has detected peanut trace.


Click to visit sponsor
Nima claims the sensors can detect peanut or gluten down to 20 parts per million with 99% accuracy.
Pricing for a starter kit including the device and a 12-pack of test capsules will cost $289, or $229 if you preorder by March 8, 2018. Additional capsules will cost $72 per 12-pack or less if you join a membership program.
Sources:
Print or share this article
Print
Mail
Tweet
Plus
Share
Share
Facebook
Twitter
Pinterest
Linkedin
WhatsApp
ReddIt
Mix
Email
Print
Click to visit sponsor
Previous articleAimmune Issues Update on AR101 Peanut Oral Immunotherapy Candidate
Next articleCompany Developing Novel Food Allergy Treatment Raises $3.5 Million in Seed Funding