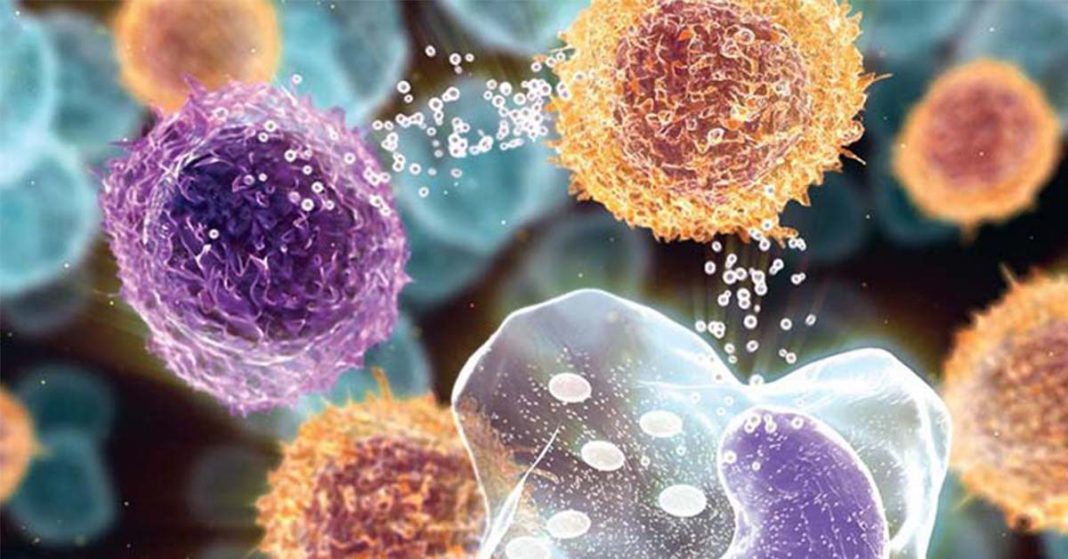 Researchers at Duke Health believe they have found a way to treat food allergies by “reprogramming” the immune system.
In recent years, doctors have desensitized allergic people to peanuts and other foods using oral immunotherapy (OIT), a series of measured exposures that are gradually increased over time. Such treatments can be effective, but they’re also risky and time-consuming. This approach appears to resolve those issues.
In simple terms, allergic reactions result from an imbalance of chemical messages between immune cells called cytokines. The research, published yesterday in the Journal of Allergy and Clinical Immunology, describes a means for restoring the balance.


Click to visit sponsor
They focused on the Th2-type cytokine response which is increasingly understood as a driver of the overactive immune responses in allergy attacks. In an appropriate immune response, Th2 works in tandem with Th1, but during allergic reactions, Th2 is overproduced and Th1 is diminished.
The solution appears simple enough: deliver more Th1-type cytokines ahead of an allergen exposure to restore balance. But it has proven difficult. A test of this type was attempted as an asthma therapy, but it required a massive dose to the lungs and was ineffective.
In their experiment with mice bred to have peanut allergy, lead author Ashley St John, PhD, assistant professor at Duke-NUS Medical School, and colleagues instead delivered antigen- and cytokine-loaded nanoparticles into the skin. The nanoparticles traveled to the lymph nodes, where they dissolved and dispensed their payload at the source of the immune response.

Click to visit sponsor
Mice that received this therapy no longer suffered anaphylaxis when they were subsequently exposed to peanuts. The new-found tolerance was long-lasting, so did not need to be repeated ahead of each exposure to the allergen.
Said St John:

The Th1 and Th2 sides of immunity balance each other. We reasoned that since we know Th2 immunity is over-produced during allergic responses, why not try to skew the immune response back the other direction? By delivering cytokines to the lymph nodes where immune responses are established, we were able to re-educate the immune system that an allergic response is not an appropriate one.

The approach could theoretically be applied to other allergens, including environmental triggers such as dust and pollen. Additional experiments are underway to move the findings into human trials.
“This study in mice proves the concept of this approach, so tests in humans are not that far off,” said Soman N Abraham, PhD, professor in Duke’s Department of Pathology and senior author of the study.