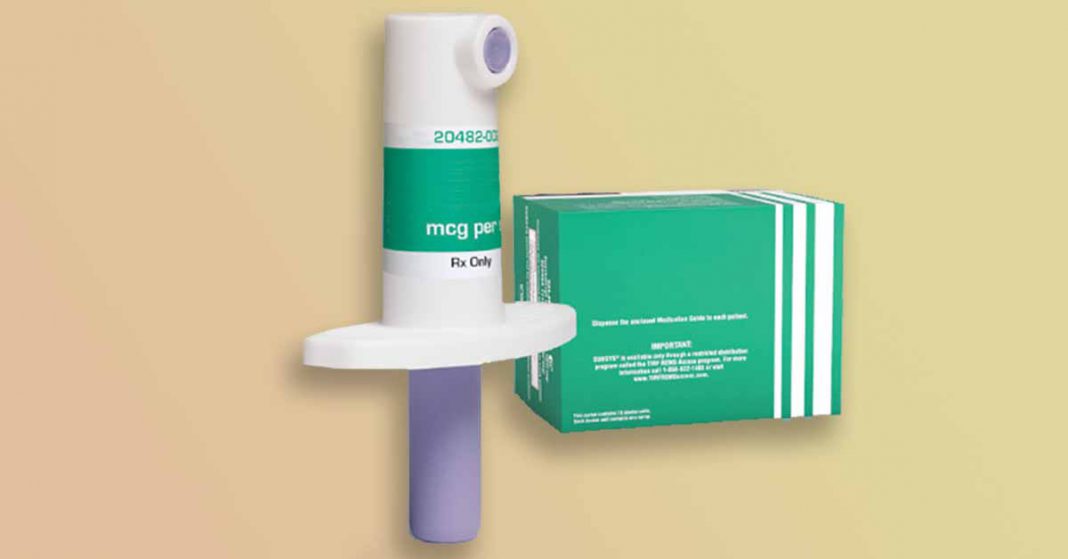 As we reported in August, INSYS Therapeutics was granted Fast Track designation by the US Food and Drug Administration (FDA) for the company’s epinephrine nasal spray as an investigational treatment for anaphylaxis. The nasal spray would be an alternate means of emergency epinephrine delivery to the traditional auto-injector.
Yesterday, the company issued a press release with guidance on the progress of their product pipeline. Here follows the section reporting on the progress of their nasal spray for delivery of epinephrine.

As a needle-free delivery method, INSYS’ epinephrine nasal spray represents a potential alternative to intramuscular injection. As reported in June 2018, the proof-of-concept study for the company’s epinephrine nasal spray product candidate showed that the drug as formulated was readily absorbed through the nasal mucosa. Subsequently, the FDA granted Fast Track designation for this investigational product in August of 2018 and provided specific guidance for clinical development and filing requirements at the end-of-Phase 2 meeting in August.

Given clinical and regulatory progress to date, INSYS believes the epinephrine NDA remains on track for filing during the fourth quarter of 2019, pending successful completion of a confirmatory PK study and no additional clinical studies requested by the FDA. The confirmatory PK study will follow completion of the now fully enrolled 48-patient dose-finding study that is expected to report results in March. Considering the Fast Track designation, INSYS plans to meet again with the FDA early in the second quarter to confirm the design of the subsequent clinical development program.

Also of note, data from the product candidate’s clinical development program will be presented at the American Academy of Allergy, Asthma and Immunology 2019 annual meeting in late February 2019. The abstract, titled “A Phase 1, Single-Dose, Open-Label, 5-Treatment, Crossover, Pharmacokinetic Study of Comparative Bioavailability of Epinephrine Nasal Spray and EpiPen® in Healthy Adults with Seasonal Allergies,” has been accepted as a poster presentation.

The term “NDA” refers to “New Drug Application”, the means by which drug sponsors formally propose that the FDA approve a new pharmaceutical for sale and marketing. A fourth quarter 2019 filing – assuming no unforeseen delays – could mean such an option could become available as an alternative to auto-injectors sometime in 2020.